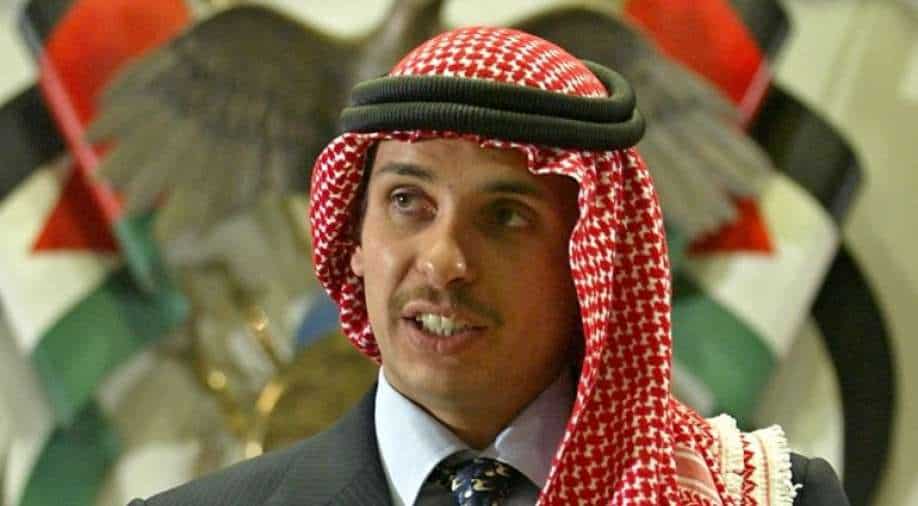 On March 8, the royal court said Hamzah had taken "responsibility for his actions and offences towards Jordan and His Majesty over the past years, including the incidents that followed in the sedition case"

Jordan's former crown prince, Hamzah, who was implicated in a coup plot against his half-brother King Abdullah II, gave up his royal title on Sunday.

Hamzah, in a statement posted on Twitter, announced he was "renouncing the title of prince", a month after a royal court statement said he had apologised to the king for last year's aborted coup.

"After what I have witnessed over the past years, I have come to the conclusion that my personal convictions and the values that my father instilled in me... are not in line with the approaches, trends or modern methods of our institutions," he wrote in the statement.

"I had the great honour of serving my beloved country and dear people in this capacity throughout the years of my life," he wrote.

"I will remain as long as I live faithful to our beloved Jordan."

On March 8, the royal court said Hamzah had taken "responsibility for his actions and offences towards Jordan and His Majesty over the past years, including the incidents that followed in the sedition case".

Jordanian authorities announced last April that they had foiled a bid to destabilise the Western-allied kingdom, marking a rare crisis in a kingdom seen as a pillar of stability in the region.

Hamzah, whom the king sidelined as heir to the throne in 2004, accused Jordan's rulers of corruption and ineptitude in a video message posted by the BBC on April 3.

A Jordanian court in July sentenced former royal court chief Bassem Awadallah and an ex-envoy to Saudi Arabia, Sharif Hassan bin Zaid, to 15 years in prison after they were found guilty of involvement in the plot.

Hamzah was not charged in the trial, but the charge sheet said he was "determined to fulfil his personal ambition to rule, in violation of the Hashemite constitution and customs".

The king appointed Hamzah as crown prince in 1999, at the request of his late father, King Hussein, but removed him from the post in 2004, later naming his son, Prince Hussein, as next in line to the Hashemite throne.