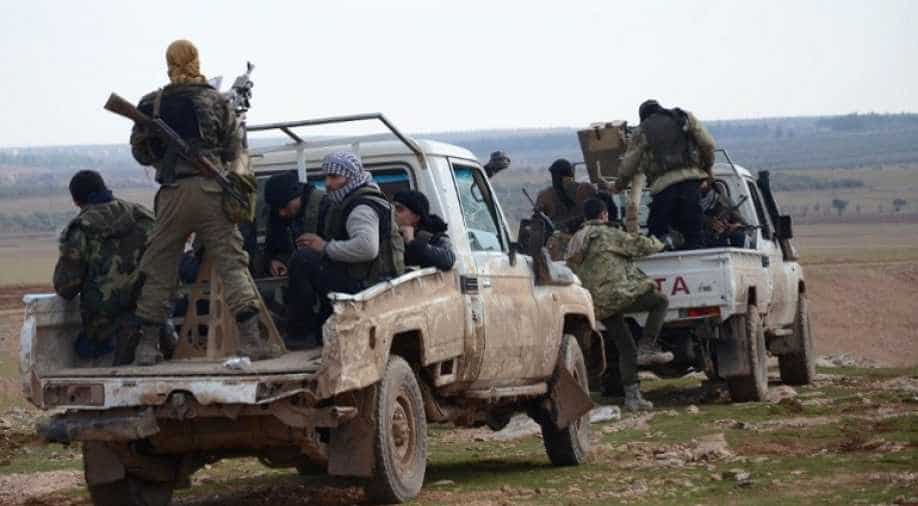 The Fateh al-Sham assault was focused in rebel-held areas to the west of Aleppo, and adjoining areas of Idlib province, which is almost entirely in insurgent hands. Photograph:( AFP )

A jihadist group has launched a major assault on Free Syrian Army groups in northwestern Syria as they attend peace talks in Kazakhstan, rebel officials said on Tuesday, an attempt to crush the moderate wing of the insurgency against the government.

Officials from the jihadist group, Jabhat Fateh al-Sham, could not immediately be reached for comment. Fateh al-Sham was previously known as the Nusra Front. It changed its name after announcing it was cutting ties with al Qaeda last year.

Tensions have been building between Fateh al-Sham and more moderate rebel groups since the opposition was defeated in Aleppo last month. Fateh al-Sham is not covered by a shaky truce between government forces and rebels who are meeting in the Kazakh capital Astana. The aim of the meeting, organised by Russia, Turkey and Iran, is to shore up the ceasefire.

The Fateh al-Sham assault was focused in rebel-held areas to the west of Aleppo, and adjoining areas of Idlib province, which is almost entirely in insurgent hands.

An official in one of the rebel groups, Jabha Shamiya, told Reuters the attack began overnight, describing it as a large assault in several areas. The official said it was the first time Fateh al-Sham had attacked the FSA groups in that area.

"What they are doing serves Iran and the regime - so there is no FSA left in the north - particularly with the factions' delegation now in Astana where the regime offered nothing with regards to the ceasefire," said the Jabha Shamiya official.

The FSA groups now needed to coordinate their efforts to repel the attack, he said.

The commander of a second FSA rebel group, Jaish al-Mujahideen, told Reuters the "extremely fierce" Fateh al-Sham attack aimed to "eliminate the revolution and turn it black", a reference to the black flag flown by the jihadists in Syria.

He said the group had seized "some positions", though these were far from its headquarters.

Fateh al-Sham has a history of attacking and defeating FSA groups throughout the conflict that began in 2011, typically factions backed by President Bashar al-Assad's foreign enemies.

One of the single biggest groups in the insurgency, Fateh al-Sham has been targeted in a spate of US airstrikes in northwestern Syria since the new year. One of these killed dozens of its fighters at a training camp in Idlib last week.

The Pentagon said that attack was carried out by a B-52 bomber and killed more than 100 al Qaeda fighters.