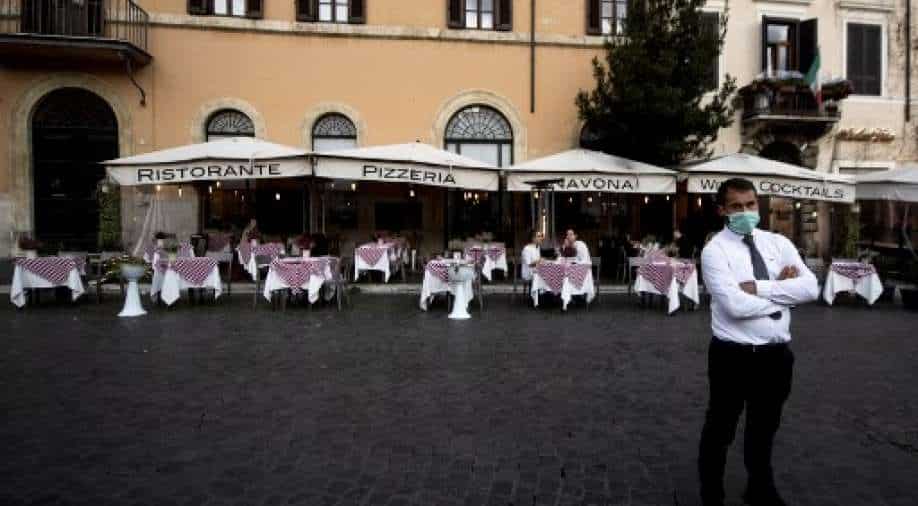 The latest health ministry figures fuelled a national debate over whether Italy should further tighten measures to slow down the virus, despite bringing in new rules just days ago.

Italy reported a record number of new coronavirus cases Friday, with over 31,000 people testing positive in a 24-hour period.

The latest health ministry figures fuelled a national debate over whether Italy should further tighten measures to slow down the virus, despite bringing in new rules just days ago.

"Over 31,000 cases and 199 deaths. I ask you one question: what are you waiting for?" virologist Roberto Burioni said on Twitter as he pushed for tighter curbs.

The situation "is getting worse across the country," the chief of the Superior Health Institute Silvio Brusaferro told a news conference, flagging in particular "a rise in the number of people ending up in intensive care".

Italy, the first European country to be hit hard by the pandemic in March, reported 31,084 new cases Friday, raising the total to over 325,000.

Over 38,000 people have died from Covid-19, the disease caused by the novel coronavirus, according to official figures.

"I cannot say whether or when a (full) lockdown will be decided," said Domenico Arcuri, the government's special commissioner for the coronavirus emergency.

He said "the number that is worrying us most at the moment is hospitalized patients," which has risen to nearly 17,000 people.

Seven regions have also imposed curfews, with Valle d'Aosta in the north set to join them Saturday and become the eighth.

Conte has said he wants to give the latest measures two weeks to take effect before deciding whether a fuller lockdown is needed.