Israel bars US Democratic lawmakers under pressure from Trump 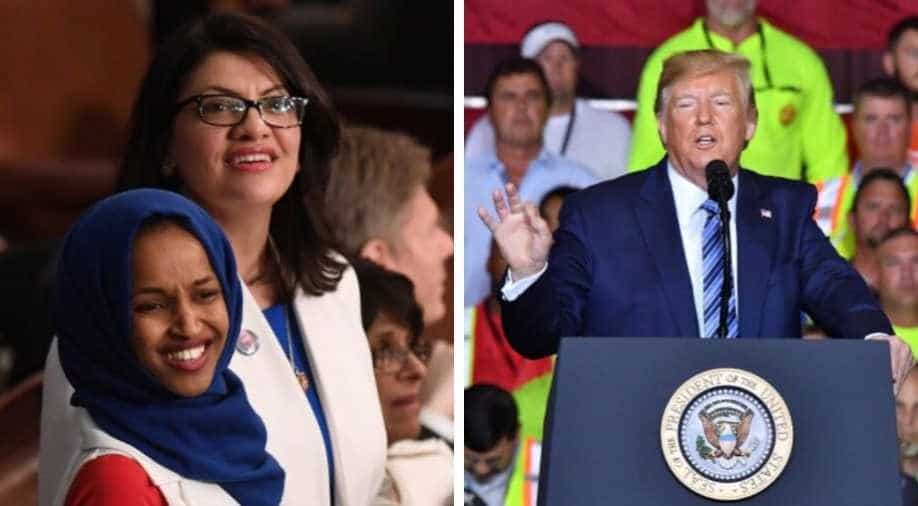 Tlaib and Omar, the first two Muslim women elected to Congress, are members of their party's progressive wing and sharp critics both of Trump and of Israel's policy toward the Palestinians.

Prime Minister Benjamin Netanyahu on Thursday barred US Democratic congresswomen Rashida Tlaib and Ilhan Omar from making a planned trip to Israel, shortly after US President Donald Trump called on his ally not to let them in.

Tlaib and Omar, the first two Muslim women elected to Congress, are members of their party's progressive wing and sharp critics both of Trump and of Israel's policy toward the Palestinians.

The moves, which were immediately condemned by many Democratic leaders in the United States as well as Palestinians, could help whip up support among Trump and Netanyahu's conservative voter bases as they head into election campaigns.

Israel holds a national election on September 17 and Trump faces re-election in November 2020.

Tlaib and Omar have voiced support for the pro-Palestinian Boycott, Divestment, Sanctions (BDS) movement over Israel's policies toward Palestinians in the West Bank and Gaza Strip. Under Israeli law, BDS backers can be denied entry to Israel.

Omar called Thursday's decision an "affront" and "an insult to democratic values."

Israel had initially chosen to allow the visit. A source who took part in consultations Netanyahu held with cabinet members and advisers on Wednesday told that Israel backtracked due to pressure from Trump.

The pressure was reported by the Axios news site on Saturday but denied by the White House.

"In a discussion held two weeks ago all the officials were in favour of letting them in but, after Trump's pressure, they reversed the decision," the source said, speaking on condition of anonymity.

In a tweet on Thursday, Trump wrote: "It would show great weakness if Israel allowed Rep. Omar and Rep. Tlaib to visit ... They are a disgrace!"

Asked if he had spoken to Netanyahu about the planned visit, Trump told reporters: "I don't want to comment about who I spoke to, but I think my social media statement pretty well speaks for itself."

"But I did speak to people over there," he added.

Trump's request appeared to contravene a US government policy that says the United States seeks "equal treatment and freedom to travel" for all US citizens regardless of ethnicity. It says those denied entry should be given a written explanation by Israel.