International experts should be part of Khashoggi murder probe: Macron to crown prince Salman at G20 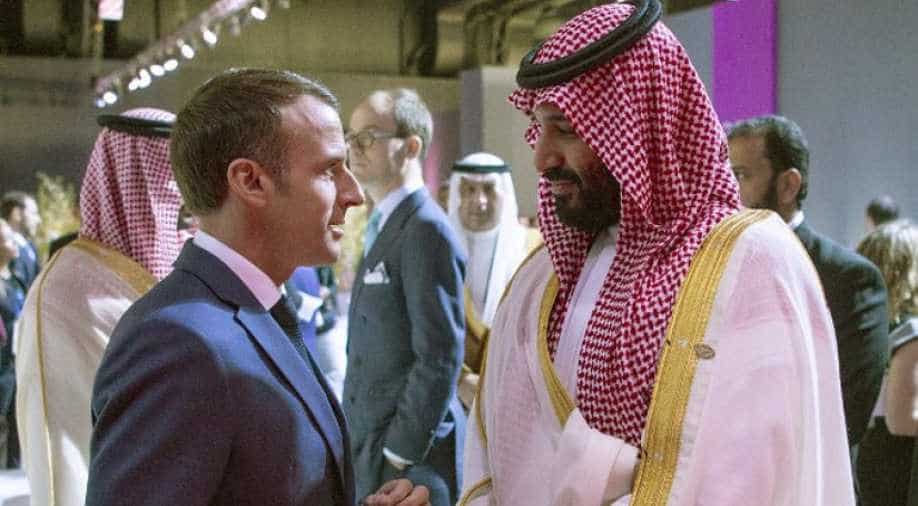 Saudi Arabia's public prosecutor has said MbS knew nothing of the operation to kill Khashoggi.

French President Emmanuel Macron told Saudi Crown Prince Mohammed bin Salman on Friday that Europe would insist on international experts being part of the investigation into the murder of Saudi journalist Jamal Khashoggi.

In a five-minute exchange on the sidelines of the G20 summit in Argentina, Macron conveyed "very firm" messages to the prince over the killing and the need to find a political solution for the situation in Yemen, an Elysee official also said.

The Saudi Gazette newspaper posted video of the meeting online showing the two speaking in hushed tones with their heads close together, Macron looking the crown prince in the eye and Prince Mohammed nodding his head and at times smiling.

In the audio, it is possible to make out the prince saying "Don't worry", to which Macron responds "I am worried". Later in the one-minute clip Macron says: "You never listen to me" and the crown prince replies: "I will listen, of course."

At the end, Macron can be heard saying: "I am a man of my word."

The Elysee said it was the first time that Macron and the crown prince, known as MbS, had spoken since Khashoggi's murder at the Saudi consulate in Istanbul on October 2nd.

Khashoggi, an opinion writer for the Washington Post who was at one time a Saudi royal insider before becoming a critic of the leadership, was killed by lethal injection and dismembered by a group of Saudi men sent from the kingdom.

Saudi Arabia's public prosecutor has said MbS knew nothing of the operation to kill Khashoggi.

Macron's office said the meeting with MbS justified because European nations wanted to send a united message about the need for probity in the investigation and were not going to sidestep an opportunity to reinforce that message during the G20.

"We were not going to play hide and seek for 48 hours, it wouldn't make any sense," the official said. "If we're here and he's at the table, let's be frank and not indulgent. Things that need saying will be said."

Earlier, the Elysee said the video showed "a sort of contrast between MbS's face sporting an embarrassed smile and the (French) president's face, which was rather stern, and was keen to convey these messages in a very firm manner".

Overall the exchange appeared cordial, with Macron attempting to get his point across, speaking with his hands in front of him and looking MbS in the eye. MbS nods repeatedly and appears accommodating and somewhat apologetic.