Interference in American elections in unacceptable: Pompeo to Lavrov 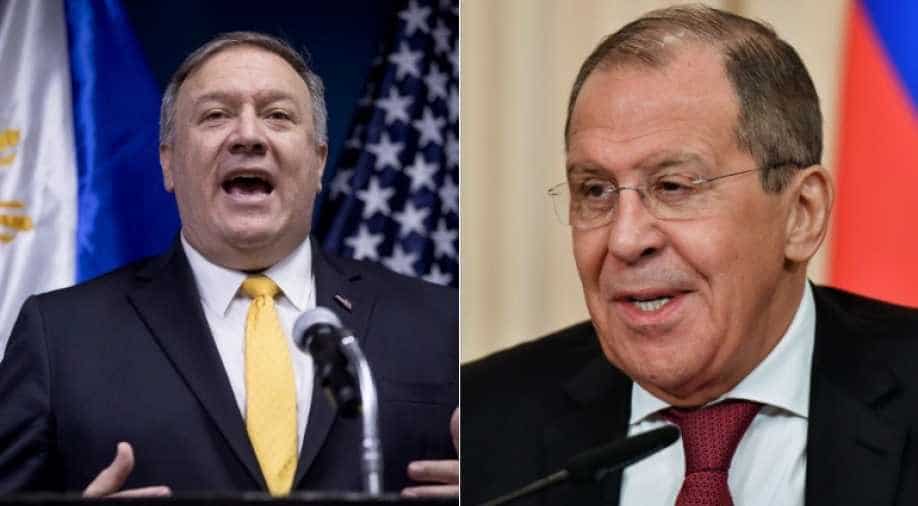 The two-year-long investigation by Mueller found that Russia intervened extensively but found no evidence that the Trump campaign was colluding with Russia.

Secretary of State Mike Pompeo on Tuesday warned Russia not to interfere in next year's US election even as the two countries worked to improve relations.

Pompeo on Tuesday was visiting the Black Sea resort of Sochi where he is set to become the highest-ranking American to meet with President Vladimir Putin in nearly a year.

But at a joint news conference with Russian Foreign Minister Sergei Lavrov, Pompeo renewed US concerns that Moscow meddled in the 2016 election to try to tip the vote to President Donald Trump.

"Interference in American elections in unacceptable. If Russia engaged in that in 2020, it would put our relationship in an even worse place than it has been," Pompeo said.

"I conveyed that there are things that Russia can do to demonstrate that these kinds of activities are a thing of the past. I hope that Russia takes advantage of those opportunities," Pompeo said.

Lavrov, however, rejected the accusations of Russian interference, which an investigation by US Special Counsel Robert Mueller said included extensive, shadowy efforts on social media.

"The facts show that those who are inflating this topic do not have any proof," Lavrov said.

On "collusion" involving high-ranking officials, Lavrov said: "It's clear that such insinuations are absolute fiction."

"We want and we are ready to deal with cybersecurity issues along with our American partners, without any politicisation," he said.

The two-year-long investigation by Mueller found that Russia intervened extensively but found no evidence that the Trump campaign was colluding with Russia.

The mogul turned politician has hailed the findings as vindication on a controversy that has clouded his presidency since the start.

Despite the sharp disagreement on election meddling, Pompeo said that Trump had instructed him to build a better relationship with Russia.