In Asia, US country rankings on human trafficking raise eyebrows 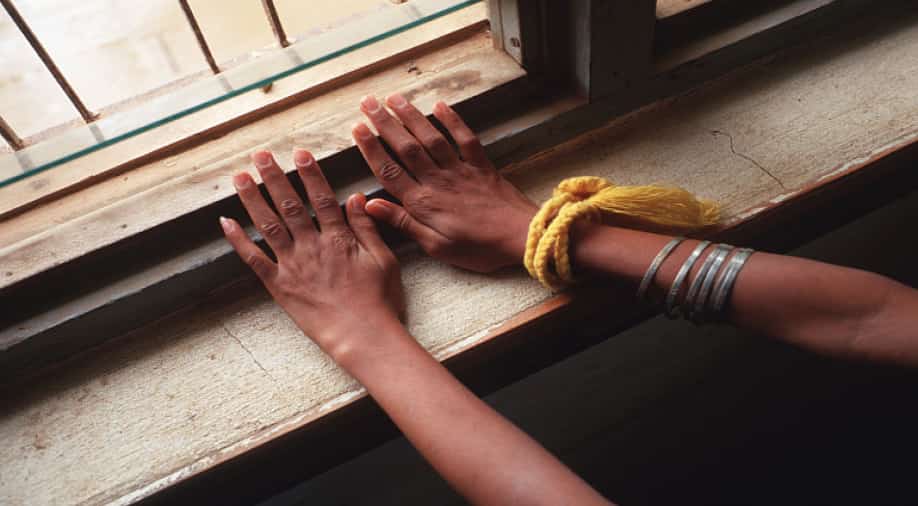 More than 700 victims were rescued from trafficking last year in Philippines and nearly 300 people were arrested for trafficking offences. (Representative image) Photograph:( Getty )

Follow Us
When the US government last week raised the Philippines to its highest ranking in a report that assesses how much countries are battling human trafficking, putting it alongside the likes of Britain, Switzerland and Australia, the decision was questioned by aid workers in the Asian nation.

They said they weren't convinced it was justified given that the Philippines has a huge sex industry spreading online, and many of the 10 million Filipinos working overseas, often as domestic workers, remain at risk of slavery as they attempt to flee poverty at home.

"In a nutshell, the fight to end human trafficking and modern slavery is far from over," said Maria Cecilia Flores-Oebanda, executive director of the Visayan Forum Foundation, a non-government organisation helping victims of human trafficking in the Philippines.

"The thing is, when you are hungry or when your child is sick, you tend to make uninformed decisions. This, coupled by a culture of migration, poses risks of exploitation and abuse."

The US State Department's 2016 "Trafficking in Persons" (TIP) report said the Philippines government "fully met" minimum standards for the elimination of trafficking, although it noted that forced labour and sex trafficking "remains a significant problem".

The Philippines is one of Washington's key allies in Asia.

Darlene Pajarito, executive director of the Philippine government's Inter-Agency Council Against Trafficking (IACAT), said the upgrading of the Philippines was a recognition of the work it had done to combat trafficking over the years.

IACAT's 2015 annual report, on which the State Department's decision was based, according to Pajarito, says more than 700 victims were rescued from trafficking last year in the Philippines. Nearly 300 people were arrested for trafficking offences.

The US also last week downgraded the Chinese territory of Hong Kong, one of the most affluent cities in Asia, to a Tier 2 "watchlist" alongside countries like Afghanistan and the Democratic Republic of Congo, meaning it did not meet minimum standards in protecting victims of trafficking.

The Hong Kong government said it rejected the State Department's grading. China is also on the Tier 2 watchlist.

The report has been criticised in the past for being politicised but Secretary of State John Kerry said ranking decisions were not influenced by politics or other factors. "There are some tough calls. In the end they come down to an element of discretion, but not much," he said.

Eni Lestari, an activist who campaigns for the rights of foreign domestic helpers in Hong Kong, said while the territory could do more to substantially beef up its anti-trafficking laws, she found the rankings odd.

"Compared to other countries, to some extent sometimes it (Hong Kong’s ranking) seems unfair." she said. "We sometimes don't have a clue what is the basis of the US ranking."

The US consul-general in Hong Kong, Clifford Hart, said the territory had a strong tradition of the rule of law but its standards on preventing trafficking needed to be brought up to international level.

"International anti-trafficking standards have evolved," he said. "Standing still is slipping backward in the face of a growing global challenge."

In Manila, the Visayan Foundation runs a halfway house for victims of trafficking in an eastern suburb.

When Reuters visited the house this week, 46 minors rescued from prostitution and cyber-sex dens were living in the house.

Among them was a 12-year-old who was rescued in a joint operation by Philippine police and US authorities in March this year. Her mother was selling her to a Japanese man who was caught because US agents were monitoring his e-mails. The man hanged himself in custody, local officials said.

"As long as you have an internet connection and webcam, you can easily operate cyber-sex dens," said Karen Nebara, a social worker at the halfway house. "These cases are tougher to crack because the victims could be the children of cyber-sex operators."

"A Tier 1 ranking doesn't mean we have no human trafficking problem," she said. "Next year, we also need to demonstrate measurable progress to retain this ranking."