'I go in with low expectations,' Trump says for Putin meeting 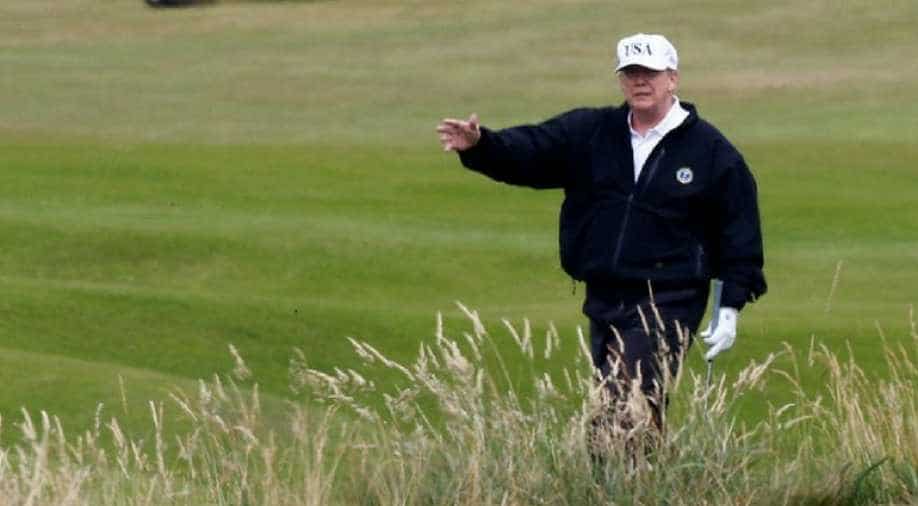 US President Donald Trump said he had low expectations for the Monday summit with Kremlin chief Vladimir Putin just days after 12 Russian intelligence officers were charged by a federal grand jury for hacking the Democrats ahead of the 2016 election.

The summit, which comes at one of the most crucial junctures for the West since the 1991 fall of the Soviet Union, has perturbed some European allies who fear Putin might seek a grand deal that undermines the US-led transatlantic alliance.

Trump, who has been preparing for the summit by playing golf at his Trump Turnberry course on the western coast of Scotland, told CBS in an interview that "nothing bad" would come out of the summit with Putin.

"I go in with low expectations," Trump told CBS in Turnberry. "I'm not going with high expectations."

A US federal grand jury charged 12 Russian intelligence officers on Friday with hacking Democratic computer networks in 2016, in the most detailed US accusation yet that Moscow meddled in the election to help Republican Trump.

Trump has repeatedly said the investigation into suspected Russian interference in the 2016 US election - which he casts as a "rigged witch hunt" - makes it hard for him to do substantive deals with Moscow.

But the charges shine an even brighter spotlight on Trump's treatment of Putin, who has repeatedly denied that Russia sought to skew the election that Trump, a Republican, unexpectedly won.

When asked by CBS if he would ask Putin to extradite the Russians to the United States, Trump said he hadn't thought of that idea but that he might. Russia's constitution forbids the extradition of its own citizens.

When Trump meets Putin, he sits down with a disciplined, detail-oriented and experienced Russian leader who has played on the world stage for more than 18 years, in contrast to the US president's 18 months in office.

Trump, a 72-year-old former New York real estate developer who praises his own deal-making skills, and Putin, a 65-year-old former KGB spy who cultivates a macho image as a man of action, are due to have some time alone at the summit.

"I think it's a good thing to meet," Trump said. "Nothing bad is going to come out of it, and maybe some good will come out."

Trump has said he wants to raise nuclear arms control, Ukraine and Syria with Putin, who has served as Russia's preeminent leader since Boris Yeltsin resigned on the last day of 1999.

German Foreign Minister Heiko Maas warned Trump against making any unilateral deals with Russia that come with a cost for the United States' Western allies.

Trump was seen playing golf on Sunday at his course by two Reuters reporters. On Saturday, he also played golf.

Putin on Saturday held several meetings in the Kremlin before attending the opera at the Bolshoi Theatre. He is due to attend the soccer World Cup final between France and Croatia at the Luzhniki stadium in Moscow on Sunday.