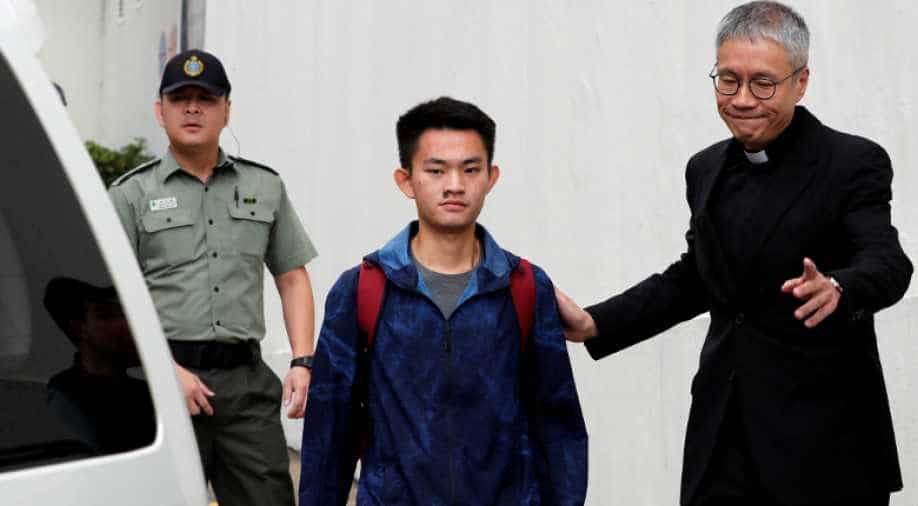 Self-ruled Taiwan, which China considers its own, wants an extradition, not a voluntary surrender, of the suspected murderer from a Chinese-ruled territory.

Chinese-ruled Hong Kong and Taiwan engaged in a rare squabble on Wednesday over a Hong Kong man accused of murder in Taiwan whose case was used by Hong Kong to promote a now-withdrawn extradition bill.

Self-ruled Taiwan, which China considers its own, wants an extradition, not a voluntary surrender, of the suspected murderer from a Chinese-ruled territory, reinforcing its status as self-ruled and separate to China.

Chan Tong-kai was accused of murdering his ex-girlfriend in Taiwan last year before fleeing back to Hong Kong where he was sentenced to 29 months in jail on money-laundering charges.

He was given an early release on Wednesday, coincidentally the same day that Hong Kong's legislature formally killed the extradition bill, the original trigger for months of often violent unrest in the former British colony.

The Hong Kong government had seized on the case to justify the need for an extradition law that would have allowed criminal suspects to be sent from Hong Kong to greater China, comprising the mainland, Taiwan and Macau.

Taiwan's Mainland Affairs Council said in a statement it was "unbelievable" that Chan could be expected to take a flight to Taiwan by himself, "completely ignoring the safety of passengers on the same flights in order to serve the political arrangement of a 'surrender'".

It said Taiwan had repeatedly asked for legal cooperation.

"We are solemnly telling the Hong Kong government that you have to take full responsibility for all bitter consequences," the council statement said.

Taiwan has also said it wanted to send officers to Hong Kong to escort Chan back, a move the Hong Kong government has described as a disrespectful and unacceptable attempt to cross legal jurisdictions.

President Tsai Ing-wen said Taiwan would "take care of the matter" adding there was no "such thing as surrender, only arrest".

Hong Kong Secretary for Security John Lee said that Taiwan was obstructing the case for "political reasons" and Chan should be free to go to Taiwan and surrender himself, as he has offered.

Chan, wearing a navy blue shirt and red backpack, bowed and apologised to the family of his ex-girlfriend and the public as he left prison.

He was arrested by Hong Kong police in March 2018, but authorities there were only able to find evidence against him for money laundering.

Chan said he had made an "unforgivable mistake" and was willing to plead guilty and turn himself in to Taiwan for trial. It was not immediately clear to what charge he planned to plead guilty.

"I hope her family can be relieved a bit and let her rest in peace," he said, declining to say when he would turn himself in.

"For the society, for Hong Kongers, I can only be sorry. I hope you can all forgive me ... let me be a new person and give me the opportunity to return to society."