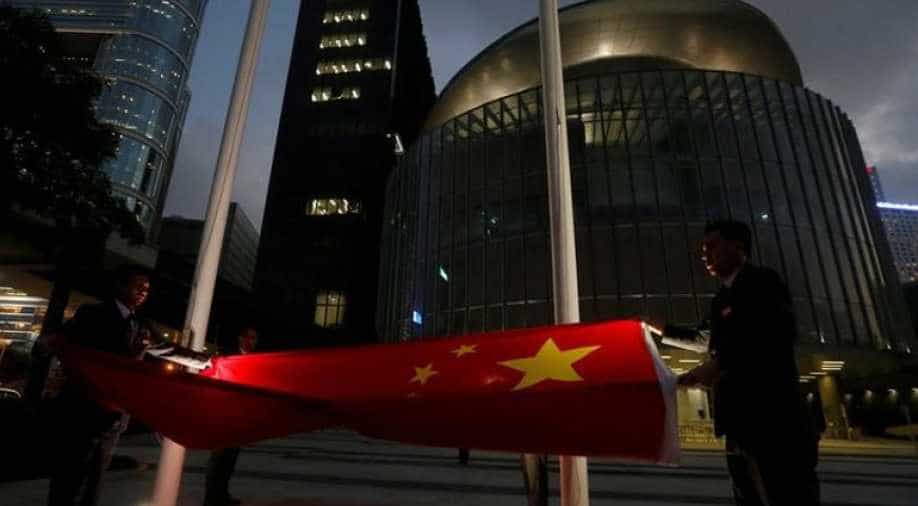 Two other lawmakers have lost a legal appeal against their disqualification. Baggio Leung and Yau Wai-ching pledged allegiance to the 'Hong Kong nation' and displayed a banner declaring 'Hong Kong is not China' at the swearing-in. Photograph:( Reuters )

Chief Executive Leung Chun-ying and Justice Secretary Rimsky Yuen began the action on Friday after lawmakers Baggio Leung and Yau Wai-ching lost a legal appeal over their disqualification, the government said in a statement.

The government proceedings seek "to declare their oaths purportedly taken as invalid and their office as now vacant", the government said in the statement.

Beijing's Communist Party leaders are alarmed about the growing appeal of independence and self-determination in the former British colony, which returned to Chinese rule in 1997 under a "one country, two systems" formula, allowing it wide-ranging freedoms, a separate legal system and specifying universal suffrage as an eventual goal.

The latest move came after Beijing staged a rare interpretation of Hong Kong's mini-constitution, known as the Basic Law, in early November to effectively bar democratically elected Leung and Yau from taking office there.

Yau and Leung pledged allegiance to the "Hong Kong nation" and displayed a banner declaring "Hong Kong is not China" during a swearing-in ceremony for the Legislative Council in October.

While their oaths were aborted before they were disqualified, the latest action targets lawmakers who have already taken office.

They include veteran lawmaker and activist Leung Kwok-hung, known across the city as "Long-hair". The others are younger lawmakers Lau Siu Lai, Edward Yiu and Nathan Law, the government said.

The government is challenging the actions of the legislature's president, Andrew Leung, to accept, or allow them to re-take, their oaths.

In the statement, the government said it had a constitutional responsibility to uphold the Basic Law and that the action was in the public interest.

"The government stresses that the decision to initiate legal proceedings was purely a decision based on legal ... consideration, without any political consideration," it added.

Senior democratic figures are warning of a popular backlash against Chief Executive Leung, whom they accuse of using the independence issue to wage a legal "coup" against long-standing democratic forces, on behalf of Beijing.

Leung's term ends next year but he has yet to confirm he will stand for re-election in March by a panel of 1,200 largely pro-establishment community figures.