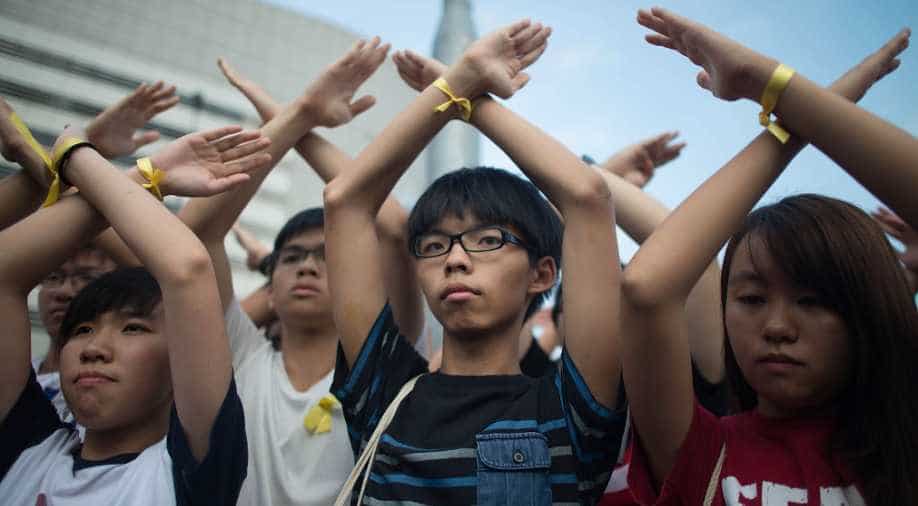 Tensions escalated after a Hong Kong bookseller said he was abducted by Chinese authority along with five others. (Representational Image.) Photograph:( Getty )

Follow Us
Hong Kong's Chief Executive Leung Chunying led a ceremony on Friday to mark the 19th anniversary of the territory's handover from British to Chinese rule, while dozens of protesters indulged into a scuffle with the police near the venue.

The celebration came as political tensions between Beijing and Hong Kong run high, after a Hong Kong bookseller said he was abducted
by Chinese authority along with five others.

At a cocktail reception on Friday, Chief Executive Leung Chunying said the government will keep hold onto the basic principles that
underline Hong Kong rule and enhance communication with Beijing.

"Based on what we have had, setting the stage for Hong Kong people of different political beliefs and central government to have better
communication, interaction and cooperation. And deepen the win-win relationship between Hong Kong and mainland China," Leung said.

Hong Kong's leader said on Tuesday he had asked China whether its handling of the booksellers case violated the "one country, two
systems" formula under which the city returned to Chinese rule, the strongest response yet from the former British colony.

Leung told the Executive Council he had written a letter to Beijing asking whether mainland authorities enforced their laws across the border in Hong Kong.

Meanwhile, minor scuffles broke out between policemen and about dozens of pro-democracy protesters near the
flag raising ceremony's venue.

Demonstrators tried to burn an effigy of Leung, dressed as a female servant to mock him acting subservient to Beijing.

Protest organiser and chairman of the League of Social Democrats, Avery Ng, said they also marched with a clock prop to countdown to Hong Kong's death.

"Ever since the bookseller kidnapping case, we can see that Hong Kong's future is dying essentially, and we are counting down," Ng said.

It may also be recalled that thousands marched in Hong Kong last weekend to protest against China's detention of five booksellers whose Hong Kong shop published 'gossipy' books about Chinese leaders, including President Xi Jinping, in what critics called "cross-border abductions".

The arrests prompted fears Beijing may be eroding the "one country, two systems" system under which Hong Kong has been governed as a special administrative region since its return to China from British rule in 1997.

One of the five booksellers, Lam Wingkee who returned to Hong Kong last month and spoke publicly about his detention in mainland
China, is expected to lead the annual anti-government protest on Friday afternoon.