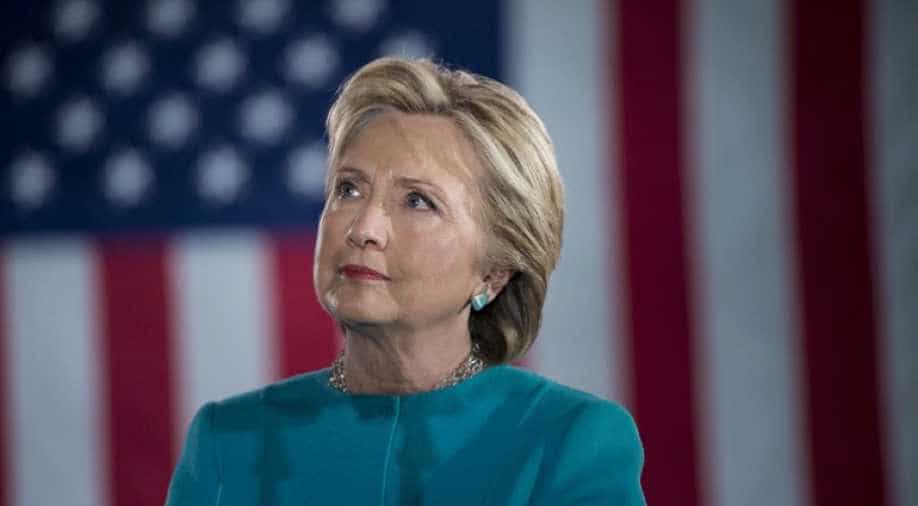 Hillary Clinton routinely asked her Filipino maid to print out sensitive government emails and classified documents when she was the secretary of state, according to a media report.

Clinton's maid Marina Santos, lacked the security clearance to handle such material, was called on so frequently to receive emails that she may hold the secrets to E-mailgate, the New York Post reported.

Clinton entrusted far more than the care of her Washington DC residence, known as Whitehaven, to Santos.

She expected the Filipino immigrant to handle state secrets, further opening the 69-year-old former Democratic presidential nominee to criticism that she played fast and loose with national security, the report said.

The report came just before the FBI gave a clean chit to Clinton, saying she should not face criminal charges after a review of new emails, an 11th-hour respite for her.

Trump lashed out at the FBI for the clean chit, saying, "Right now, she is being protected by a rigged system".

According to the report, Clinton would first receive highly sensitive emails from top aides at the State Department and then request that they, in turn, forward the messages and any attached documents to Santos to print out for her at the home.

Among other things, Clinton requested Santos to print out drafts of her speeches, confidential memos and "call sheets" --- background information and talking points prepared for the secretary of state in advance of a phone call with a foreign head of state.

In a classified 2012 email dealing with the new president of Malawi, another Clinton aide, Monica Hanley, advised Clinton, "We can ask Marina to print this".

"Revisions to the Iran points" was the subject line of a classified April 2012 email to Clinton from Hanley. In it, the text reads, "Marina is trying to print for you".

Both classified emails were marked "confidential" the tier below "secret" or "top secret".

Santos also had access to a highly secure room called an SCIF (sensitive compartmented information facility) that diplomatic security agents set up at Whitehaven, according to FBI notes from an interview with Abedin.

From within the SCIF, Santos --- who had no clearance --- "collected documents from the secure facsimile machine for Clinton," the FBI notes revealed.

A 2012 "sensitive" but unclassified email from Hanley to Clinton refers to a fax the staff wanted Clinton "to see before your Netanyahu mtg. Marina will grab for you".

Erdogan to hold Syria summit with Russia, France and Germany