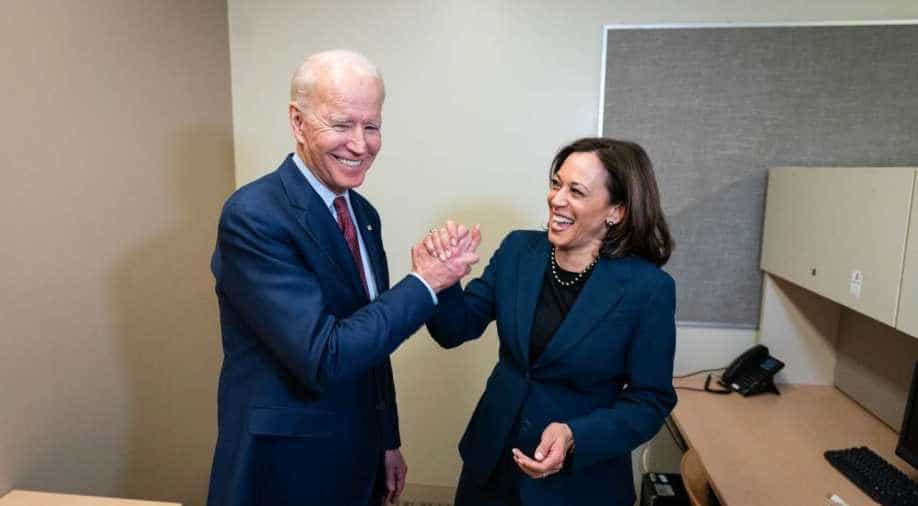 The August 11-12 public opinion survey also found that 60% of Americans, including 87% of Democrats and 37% of Republicans, considered the selection of Harris - the first Black woman and Asian American nominated for vice presidency - to be a "major milestone" for the United States.

Nearly nine out of 10 Democrats approve of US Senator Kamala Harris as their party's vice presidential nominee, and she is more popular than presidential candidate Joe Biden among women, young voters and some Republicans, according to a Reuters/Ipsos poll released on Wednesday.

The August 11-12 public opinion survey also found that 60% of Americans, including 87% of Democrats and 37% of Republicans, considered the selection of Harris - the first Black woman and Asian American nominated for vice presidency - to be a "major milestone" for the United States.

The US Senator from California is viewed about as favorably or better than Biden in most major demographic groups, the poll showed, highlighting her potential to help the former vice president expand his support in November's election.

Harris, 55, is the daughter of Jamaican and Indian immigrants and made her own bid for the White House. She was a former prosecutor and state attorney general in California, and became only the second Black female U.S. senator in history when elected in 2016.

The poll showed Biden's lead over Republican President Donald Trump was effectively unchanged after he announced his running mate choice, increasing by 1 percentage point among all Americans to an 8-point advantage - well within the poll's credibility interval - when compared with a similar poll that ran on Monday and Tuesday.

Forty-six percent of U.S. adults said they would vote for a Biden/Harris ticket, while 38% would vote for Trump and Vice President Mike Pence. A similar poll that ran on Monday and Tuesday showed that 44% would vote for Biden while 37% would back Trump.

The latest poll also found that 56% of Americans have a favorable impression of Harris, which is about the same as the number who favor Biden. Forty-two percent of US adults say they have a favorable view of Trump and 47% said the same of Pence.

Among women, 60% said they have a favorable view of Harris, compared with 53% who felt the same way about Biden. Women are the dominant force in American elections: they make up a bigger proportion of the U.S. electorate than men, and a surge in support for Democrats among white, college-educated women helped the party retake the U.S. House of Representatives in 2018.

Biden already has an advantage over Trump among women overall, but he has not improved his standing among black women in recent months, while white women without college degrees still largely favor Trump.

Harris also is a little more popular among American adults who are younger than 35 years old: 62% said they view Harris favorably, while 60% said the same of Biden.

Public opinion could change and Trump's re-election campaign sharpens its criticism of the Democratic challengers. Within minutes of Biden’s announcement on Tuesday, Trump had called Harris “nasty,” “horrible” and “disrespectful," while his campaign painted her as an extremist who would yank the moderate Biden to the left.

In choosing Harris, Biden heeded calls from Black leaders and activists to choose a woman of color as a running mate and avoid a repeat of 2016, when the first decline of Black voter turnout in 20 years helped Trump's upset victory over Hillary Clinton. Black Americans - and Black women particularly - are the most loyal Democratic constituencies.

The Reuters/Ipsos poll was conducted online, in English, throughout the United States. It gathered responses from 1,000 adults, including 389 Republicans and 419 Democrats. It has a credibility interval, a measure of precision, of about 3 percentage points.