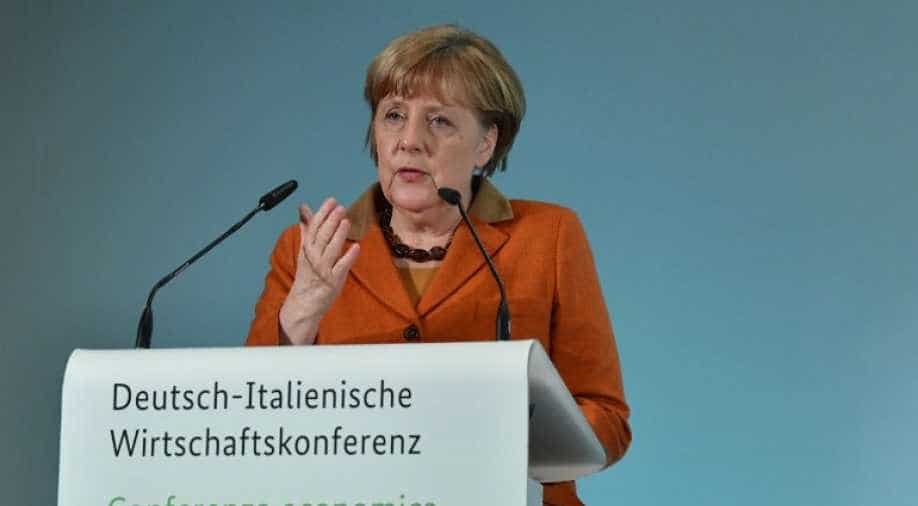 German Chancellor Angela Merkel's government on Wednesday set September 24 as the date for a general election, as she seeks a fourth term facing populist headwinds over a record migrant influx.

But the announcement fires the starting gun for an election campaign that Merkel has said will be her toughest yet due to opposition to her liberal asylum policy.

Merkel, 62, is nevertheless the clear frontrunner in the race and enjoys solid popularity in Europe's top economy.

A poll released Wednesday showed her conservative Christian Union bloc (CDU/CSU) as the strongest political force in the country with 38 per cent.

It was followed in distant second by the Social Democrats (SPD), the current junior partners in Merkel's "grand coalition" government, which polled at 21 per cent.

The right-wing anti-immigration Alternative for Germany (AfD), which has railed against Merkel's decision to let in more than one million asylum seekers since 2015, lost one percentage point compared to last week to reach 11 per cent.

The head of the Forsa opinion research institute which conducted the poll, Manfred Guellner, said a jihadist attack on a Berlin Christmas market last month that killed 12 people and was committed by a rejected asylum seeker had failed to boost support for the AfD.

"Although the security debate after the Berlin terror attack is running high, the AfD is unable to capitalise on it," Guellner said in a statement.

"It is actually losing support while the CDU/CSU and the SPD are stabilising."

The AfD, born as a eurosceptic party in 2013, has attempted to harness public unease with migration and asylum and, due to its relative strength, threatens to scramble the potentially complicated arithmetic of coalition building after the election.

It hopes to become the first populist party to gain seats in the Bundestag lower house of parliament in post-war Germany.

The AfD, seeking to gain momentum from a surge of European radical parties, will host a meeting of far-right leaders in the western city of Koblenz on Saturday.

The Forsa poll, conducted January 9 to 13 among a representative sample of 2,053 eligible voters, showed the ecologist Greens and the far-left Linke each at nine per cent and the pro-business Free Democrats at six per cent.

The Greens, who have been mentioned as potential partners in government for Merkel after the election, on Monday chose two members of their pragmatist wing, Cem Ozdemir and Katrin Goering-Eckardt, to lead the party into the general election.

Both have praised Merkel's stance on refugees.

However, Merkel has faced blowback from within her own conservative bloc, with the Christian Social Union in the southern state of Bavaria agitating for an upper limit on new asylum seekers — a bid Merkel has repeatedly rejected.

US President-elect Donald Trump said in a newspaper interview Monday that Merkel had made a "catastrophic mistake" in letting migrants flood into Germany.

Yet some analysts say German uncertainty over the future of the post-war order with Trump at the helm in Washington and Britain leaving the European Union could help Merkel's campaign as voters long for stability.