The four were admitted on Thursday, three of whom died the same day, while the fourth, a woman, died on Friday.

Four people have died of gunshot wounds in the southern Ethiopian city of Hawassa, where protesters have been demanding the establishment of a breakaway state, a hospital executive said Friday.

"There are four people dead, three men and one woman," said Zinaw Serniso, general manager of the Hawassa Referral Hospital.

The four were admitted on Thursday, three of whom died the same day, while the fourth, a woman, died on Friday.

The Sidama ethnic group, the largest in the southern region, has been agitating for its semi-autonomous state.

Expectations were high they would declare their region unilaterally on Thursday.

The Sidama Liberation Movement, which has been leading calls for the new state, accepted government demands for a delay pending a referendum before the end of the year.

But other parties were unhappy and protests erupted Thursday.

He acknowledged that unrest had spread outside the city.

"Efforts are underway to put under control the violence which started in Hawassa and later spread to the neighboring Sidama woredas (district)," he said. 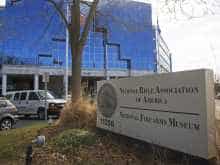