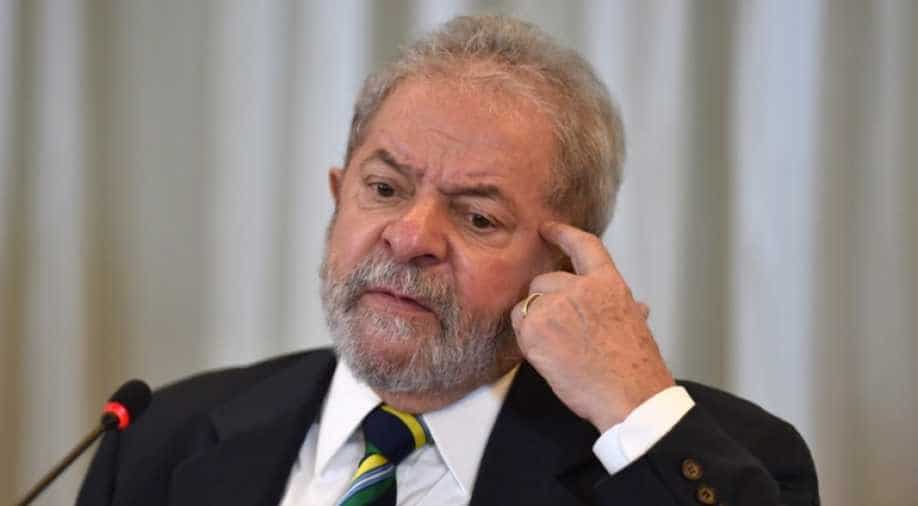 Lula, who led Brazil from 2003 to 2010, has emerged as a leading contender to face the far-right incumbent in presidential elections next year, after a Supreme Court justice annulled the popular but tarnished leftist's corruption convictions Monday, reinstating his right to run for office

Brazil's former leader Luiz Inacio Lula da Silva made his return to politics Wednesday with a virulent attack on President Jair Bolsonaro and his "imbecile" handling of the coronavirus pandemic.

Lula, who led Brazil from 2003 to 2010, has emerged as a leading contender to face the far-right incumbent in presidential elections next year, after a Supreme Court justice annulled the popular but tarnished leftist's corruption convictions Monday, reinstating his right to run for office.

In his first comments since the ruling, Lula, 75, gave a scathing take-down of Bolsonaro's management of the economy and signature policies.

He was especially biting on Bolsonaro's handling of the coronavirus pandemic, which has killed more than 266,000 people in Brazil -- the second-highest death toll worldwide, after the United States.

"Don't follow any imbecile decisions by the president of the republic or the health minister: get vaccinated," Lula told a news conference.

Lula, a former metal worker and union leader, led Brazil through an economic boom, and is remembered for social programs that helped lift tens of millions of people from poverty.

Recent opinion polls suggest he is the best-placed politician to unseat Bolsonaro in the October 2022 elections.

But he remains a highly controversial figure after being sentenced to a total of 26 years in jail on corruption charges stemming from a sweeping investigation into a scheme in which top politicians and business executives systematically siphoned billions of dollars from state oil company Petrobras.

He spent more than 18 months in prison, before being released in 2019 pending appeal.

Lula called himself the victim of "the biggest judicial lie in 500 years," repeating his claim that the graft charges against him were fabricated to sideline him from the 2018 presidential race, which Bolsonaro ultimately won.

He said he planned to "fight tirelessly" for Brazil, and that he wanted to resume touring the country once he is vaccinated against Covid-19 next week.

But he declined to say whether he would run in the elections, saying "my head doesn't have time to think about a 2022 candidacy now."

Still, "his speech was a campaign launch" in all but name, said political analyst Creomar da Souza, of the consulting firm Dharma.

"He presented his project for the country, which involves a lot of references to his legacy as president," he said

Lula is still seen as a hero on the left, which argues he was the victim of a conspiracy.

Supporters point to the fact that the lead judge in the anti-corruption probe that ensnared him, Sergio Moro, went on to accept the post of justice minister under Bolsonaro, and that hacked phone messages suggest Moro conspired with prosecutors to ensure Lula was sidelined.

But Lula still faces a series of corruption and influence-peddling charges, including the ones he was jailed for, which will now be transferred to a federal court in Brasilia.

The surprise restoration of Lula's political rights could set up a showdown between the leftist, who governed Brazil from 2003 until 2011, against Bolsonaro in next year's election.