Five-year-old caught driving in US, given Lamborghini ride by businessman

WION Web Team
Utah, United StatesUpdated: May 07, 2020, 09:30 AM IST
View in App
Jeremy Neves takes Adrian Zamarripa on a joyride in his own Lamborghini Photograph:(Twitter)
Follow Us

After the boy's escapade made international headlines, the family received an offer from a local businessman.

The dream of a five-year-old boy, Adrian Zamarripa, who was pulled over on Utah freeway after he stole his mom's car to buy a Lamborghini, was fulfilled.

After the boy's escapade made international headlines, the family received an offer from a local businessman.

Also read: Five-year-old pulled over while driving to buy Lamborghini

The businessman, Jeremy Neves of Orem, Utah, offered the boy, a spin in a matte black, two-seater Lamborghini Huracan.

''By taking him for a ride, I could bring his dream a little closer and show him that it's possible,'' said Neves.

Pictures show the youngster grinning from ear to ear as he was given the ride of his life through his own neighborhood. 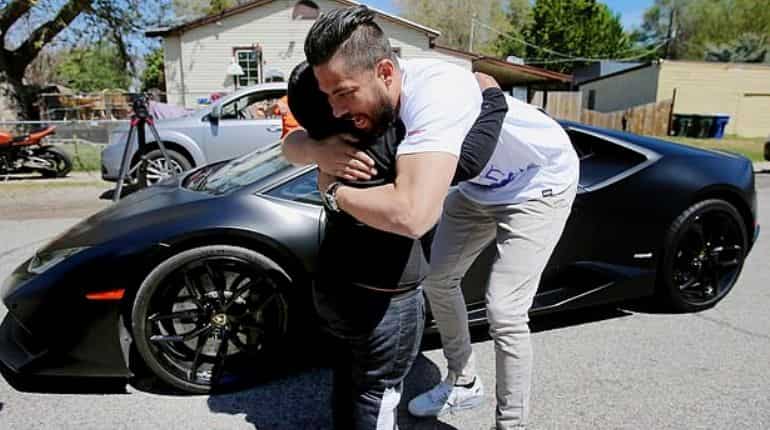 When Adrian was caught driving by the Utah Highway Patrol, he told them that he left home with only $3 in his pocket after an argument with his mom because she refused to buy a sports car.