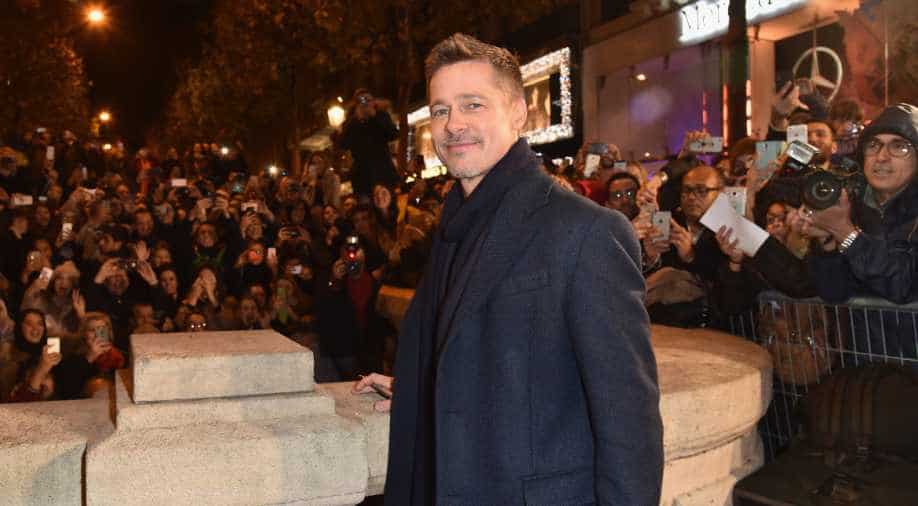 The announcement marks Pitt's second vindication over the incident, two weeks after Los Angeles social workers cleared him of wrongdoing following interviews with the couple, their children and witnesses. Photograph:( Getty )

Brad Pitt has been cleared after a probe into allegations he mistreated one of his children in a mid-air altercation, the FBI said on Tuesday.

The claims centered on an alleged incident with his 15-year-old son Maddox in September on a flight from France to Los Angeles. Pitt's wife Angelina Jolie claimed he had struck the boy.

"In response to allegations made following a flight... carrying Mr Brad Pitt and his children, the FBI has conducted a review of the circumstances and will not pursue further investigation," the agency said in a statement.

"No charges have been filed in this matter."

The announcement marks Pitt's second vindication over the incident, two weeks after Los Angeles social workers cleared the 52-year-old of wrongdoing following interviews with the couple, their children and witnesses.

Jolie, 41, filed for divorce in September, citing irreconcilable differences. She is seeking sole custody of their six children.

Pitt, who won a best film Oscar for producing "12 Years a Slave" (2013), has been in contact with all six of the couple's children and is seeking joint legal and physical custody.

The reunions were supervised by a therapist as part of the couple`s temporary custody agreement -- mediated by the Los Angeles County Department of Children and Family Services -- which was recently extended.

Under the agreement Jolie had physical custody of the children -- three of whom, including Maddox, are adopted -- at a rented LA house.

The A-listers -- given the celebrity moniker "Brangelina" -- wed in France in August two years ago, but had been a couple since 2004.