Evicted white farmer handed back his land in Zimbabwe 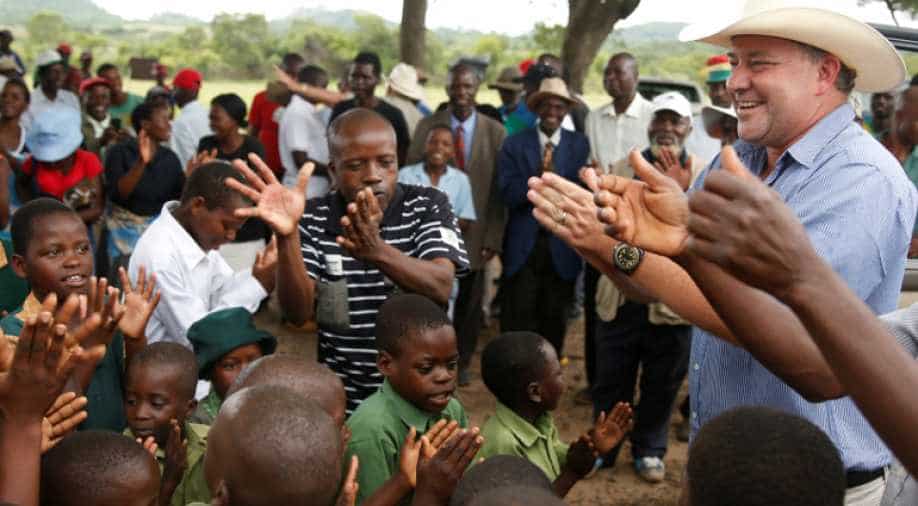 Robert Smart said his family had been forced to rely on the kindness of friends and 'complete strangers' to survive after their eviction. Photograph:( Reuters )

A white Zimbabwean farmer forced from his land as part of controversial mass evictions became this week the first to return to his property under a new government bid to reverse illegal land seizures.

Robert Smart, 71, was thrown off his tobacco and corn farm in eastern Zimbabwe in June as part of chaotic and often violent land grabs led by ex-president Robert Mugabe's government.

Smart said that he and his family were evicted at gunpoint "with whatever we had on our backs at the moment" to make way for a cleric close to Mugabe.

After returning to his plot on Thursday, Smart said the new president was 'showing he means what he says'

But last month the 93-year-old ruler was ousted following a military takeover after more than three decades in power.

Many people had illegally taken over farms cashing in on the land reforms.

After returning to his plot on Thursday, Smart said the new president was "showing he means what he says".

The farmer said his family had been forced to rely on the kindness of friends and "complete strangers" to survive after their eviction.

And they will have to continue to rely on donations after discovering that their house was now "just a shell".

"A lot of the property that was inside the house was thrown out and trashed. What little was left was stolen," Smart said.

"We have to start building from scratch again."

But returning "is a pleasant feeling. It's the plus side of things," he added.

Mugabe launched the disastrous land reform programme in 2000, justifying it as an effort to stimulate economic growth for black Zimbabweans.

The evictions, often brutal and arbitrary, were blamed for a collapse in agricultural production and chronic food shortages that forced the one-time breadbasket of Africa to become dependent on imports of staples.

Economic output fell by half following the start of the land seizures, as more than 4,000 of the country's 4,500 white farmers were stripped of their land.

Mnangagwa has vowed to revive the country's economy by lifting agricultural production and attracting foreign investment.