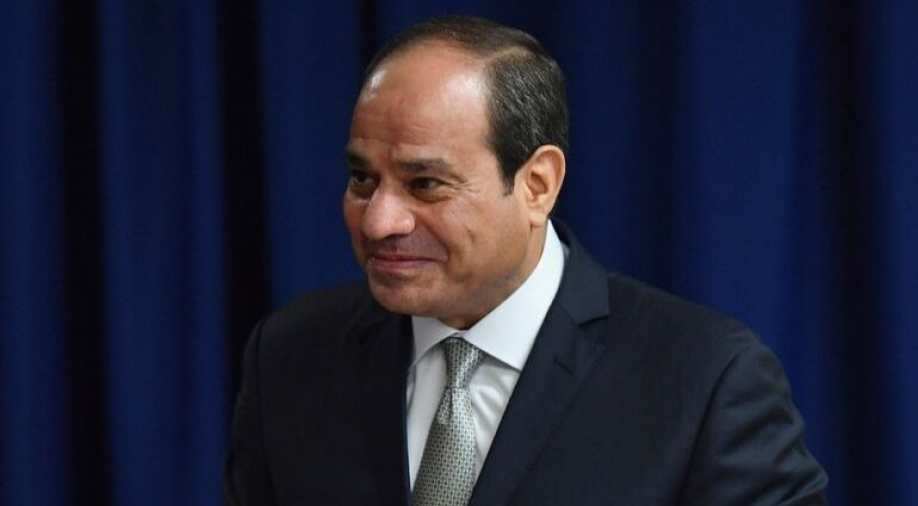 Elected president in 2014 after pushing predecessor Mohamed Morsi and his Muslim Brotherhood from power the previous year, Sisi is seen by many as one of the most authoritarian figures in the Middle East.

Egyptian President Fattah al-Sisi on Friday dismissed a call for a second weekend of protests as "no reason for concern", with hundreds already arrested in an intensifying crackdown on a rare show of discontent on the streets.

Last week's open defiance of President Abdel Fattah al-Sisi triggered by viral videos from exiled Egyptian businessman Mohamed Aly has surprised observers in a country where opposition of all stripes has been severely curtailed.

Elected president in 2014 after pushing predecessor Mohamed Morsi and his Muslim Brotherhood from power the previous year, Sisi is seen by many as one of the most authoritarian figures in the Middle East.

Construction magnate Aly has called for a "million-man march" to take place Friday and a "people's revolution" to unseat the uncompromising head of state.

But after he arrived home from the UN General Assembly in New York, Sisi on Friday insisted there was no cause for alarm.

"There are no reasons for concern. Egypt is a strong country thanks to Egyptians," he told reporters with a smile.

"The case does not deserve all" this attention, Sisi said. "It is an attempt to create an image that is absolutely not real."

Road blocks prevented traffic from entering Cairo's Tahrir Square on Friday morning, AFP journalists said, although it was still possible to move into the area on foot.

Aly accuses Sisi of building lavish palaces while taxpayers grapple with the impact of austerity under an IMF loan programme totalling $12 billion.

In recent days, security has been visibly stepped up, especially in Tahrir Square the epicenter of the 2011 popular revolt that toppled long-time autocrat Hosni Mubarak.

That iconic location was key to last week's demonstrations, which broke out after a football match with protesters chanting "leave, Sisi!" and accusing him of heading a "military regime".

Alongside beefing up their presence on the streets, the security forces have also detained people they suspect of being key influencers of unrest journalists, human rights activists, and lawyers.

Human Rights Watch said Friday that nearly 2,000 people had been arrested over the past week, in what could be the biggest crackdown since 2013.

"Lawyers for detainees have posted on their social media pages several accounts of security forces arbitrarily arresting many people merely for being in the 'wrong place at the wrong time' or possessing critical content on their phones," the rights group said.

The attorney general's office said "not more than 1,000 protesters" had been questioned by prosecutors.

It said prosecutors had orders to "inspect the social media accounts and pages of those detained."

Analysts said they expected any further protests to meet a tough response as Sisi seeks to preserve his security credentials.

"Sisi has made it clear he intends to stay in power for quite some time and protests will not change that calculus for him," said H.A Hellyer, a senior fellow at the Royal United Services Institute in London.

The president "appears convinced that any protests that go beyond a certain point would be destructive not only to his presidency but the state more generally," he told AFP.

HRW called on Egypt's Western allies to suspend their military assistance until the government ceases its "gross violations of international law".

"World leaders should recognize that providing security and military assistance to abusive forces won't bring stability to Egypt, and that what's needed instead is a government that respects the rights and freedoms of the Egyptian people," said it is Middle East and North Africa director, Sarah Leah Whitson.

In August 2013, just over a month after Sisi toppled Morsi, police dispersed two camps full of supporters of the Islamist leader in Cairo, killing about 800 people in clashes, according to official figures.

The government named the Muslim Brotherhood a "terrorist organization" later that year, but the crackdown on opposition has extended to secular organizations and human rights activists.

On Thursday, Aly posted a one-minute missive which included extracts from previous videos and footage from riots in 2011 and later, juxtaposed against declarations by Sisi.

But while the exiled critic's videos have gained huge traction shared millions of times online they have provoked fervent counter-attacks from the president's backers, using the hashtags #longliveSisi and #theywantchaos.

For those supporters, Sisi's six years at the helm including five as president have shown him to be a bulwark against the insecurity and political disintegration unleashed by the Arab Spring elsewhere, notably in Libya and Syria.