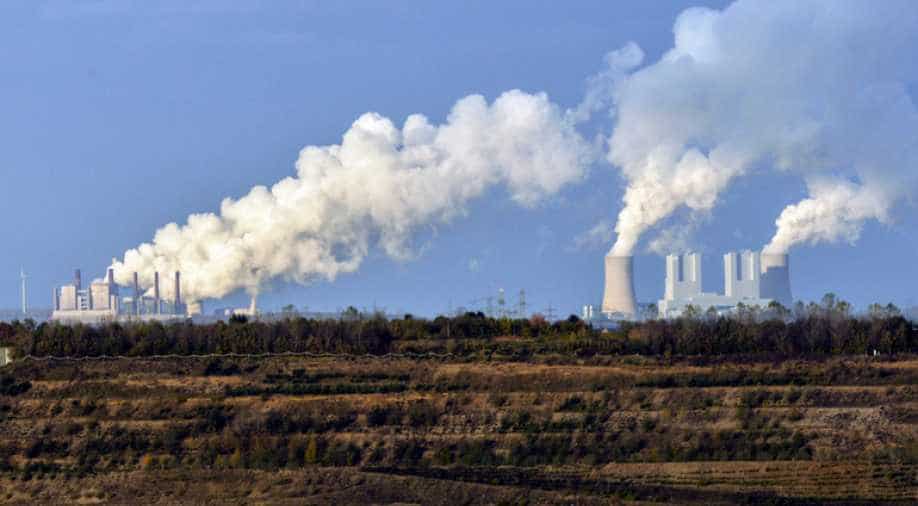 Coal power plants Neurath (L) and Niederaussem (R) produce steam near the Hambach opencast mining in the Rhineland during protests prior to the UN Climate Change Conference. Photograph:( Agencia EFE )

The Earth is at risk of falling into an irreversible greenhouse state due to global warming, which would make several regions of the planet uninhabitable for humans, an international study warned Tuesday.

A study led by Will Steffen from the Australian National University (ANU) warns that this situation could result in temperatures rising to approximately five degrees over pre-industrial levels and sea level rising up by 10-60 metres in the long term.

Currently, the global average temperature is slightly one degree higher than that of the pre-industrial era and increases 0.17 degrees each decade.

Steffen said that if the temperatures increased two degrees due to human activities, a process known as feedback would be activated in the Earth's system, which could aggravate global warming even if greenhouse gases are no longer emitted.

The feedbacks effects include permafrost thaw, loss of methane hydrates from the ocean floor, weakening land and ocean carbon sinks and increasing bacterial respiration in the oceans.

"These tipping elements can potentially act like a row of dominoes. Once one is pushed over, it pushes Earth towards another. It may be very difficult or impossible to stop the whole row of dominoes from tumbling over," Steffen said in a statement from the ANU.

The researchers believe that the feedback effects could also led to uncontrollable emissions of carbon that have been stored on Earth.

Steffen warned that current efforts, which are not sufficient to meet the objectives of the Paris Agreement, will not help humans avoid this dangerous situation, in which many parts of the planet could become unfit for living.

The Paris Agreement, signed in 2015 by some 200 countries, seeks to contain the increase in global average temperature below 2 degrees Celsius with respect to the pre-industrial level, and to continue efforts to limit this increase by 1.5 degrees.

Steffen also urged the international community to accelerate the transition towards an emission-free world economy.

This study was published in the PNAS scientific journal and involved scientists from Switzerland, Denmark, the United Kingdom, Belgium, the United States, Germany and the Netherlands.