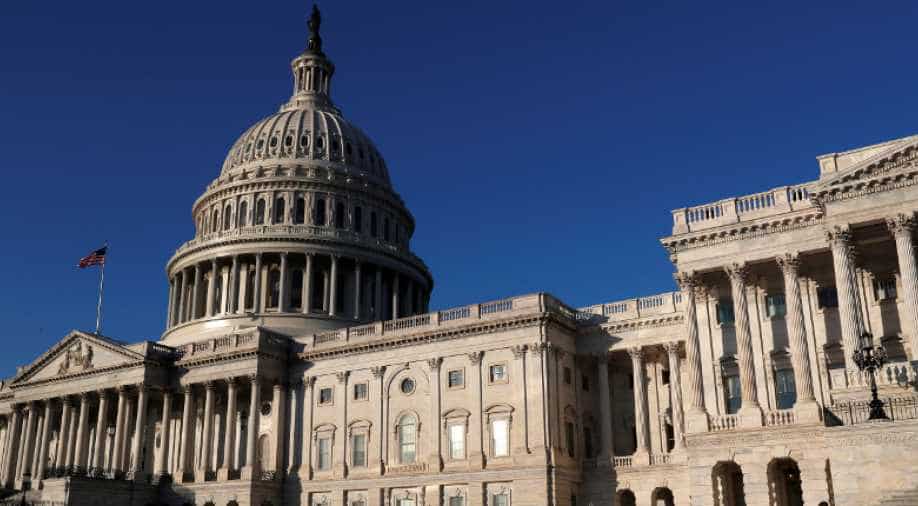 Trump had backed a Senate measure which would have reopened the government, funded the wall and included some immigration policy changes. It earned 50 votes to 47 against, but it needed 60 to advance.

The US Senate on Thursday blocked dueling plans to reopen shuttered federal agencies, a fresh setback in efforts to end a month-long government shutdown, but President Donald Trump signalled he could back a new proposal if it includes border security.

The legislative deadlock left Congress and the president red-faced and adrift as thousands of federal workers, some reliant on food banks to make ends meet, are about to miss a second paycheck.

But shortly after the votes, a possible way out of the deepening crisis began to take shape, when Senate leaders huddled in private to discuss a proposal to fund lapsed federal agencies for three weeks, to allow for negotiations over border security.

Asked if he would support the plan, discussed in private by Senate Majority Leader Mitch McConnell and top Senate Democrat Chuck Schumer, Trump was noncommittal, saying he would still want funding for his wall.

"If they come to a reasonable agreement, I would support it," he said, but added: "We have to have a wall in this country."

Trump had backed a Senate measure which would have reopened the government, funded the wall and included some immigration policy changes. It earned 50 votes to 47 against, but it needed 60 to advance.

A competing proposal by Senate Democrats that would open government through February 8 without funding Trump's wall, and leave room for border security negotiations, also failed to move forward by a similar tally.

Trump was already smarting, after being forced into shelving his annual State of the Union address by top Democrat Nancy Pelosi, the speaker of the House of Representatives, until the government is fully operational.

Though politically bruised, Trump stood firm on his demand for billions of dollars in funding for a border wall as part of an overall budget package.
"We will not Cave!" he tweeted at Pelosi before the Senate votes.

The shutdown is now in its 34th day, with some 800,000 federal workers left unpaid across the country and in US installations abroad -- and the knock-on effects affecting millions more. As acrimony in Washington grew, lawmakers across the political spectrum were left scrambling for an exit strategy for the longest-ever halt to federal operations.

"I don't know what's going to happen next. Nobody knows," warned Senate Republican Richard Shelby. But Lindsey Graham, a Republican senator who often has the president's year, said he discussed with Trump the new proposal gaining traction: a continuing resolution that funds government for three weeks.

"All of us believe that if we had three weeks with the government open, with all the discord coming from a shutdown, that we could find a way forward to produce a bill that he would sign," Graham said on the Senate floor. He added in a tweet that Democratic priorities for disaster relief were also included, "showing good faith from both sides".

The White House stressed the need for at least some money for Trump's border plan. "The three-week CR would only work if there is a large down payment on the wall," press secretary Sarah Sanders said.

Trump has repeatedly called for $5.7 billion in border wall funding, a demand consistently rejected by Democrats including Pelosi. Shortly before the Senate vote she urged Republicans to back the Democratic bid to temporarily open lapsed agencies, allowing for a border security negotiation to proceed.
"Who can say no to that?" she said. But many did say no, it turns out.

Senator Mitt Romney, the 2012 Republican presidential nominee, was one of a handful of Republicans who voted for both bills, and he called on congressional leaders and the White House to thrash out their differences quickly. "We can't just have the lack of communication that prevents us from getting to a deal," Romney told reporters.

The air travel industry issued dire warnings, including one from the National Air Traffic Controllers Association. "In our risk-averse industry, we cannot even calculate the level of risk currently at play, nor predict the point at which the entire system will break," NATCA president Paul Rinaldi said in a statement. "It is unprecedented."

Most Democrats oppose direct funds for wall construction, but some have begun publicly advocating for negotiating a solution that includes boosted border funding, including for border structures.

And Pelosi herself said Thursday that "we will have some of our proposals for what comes next" in upcoming legislation offerings.