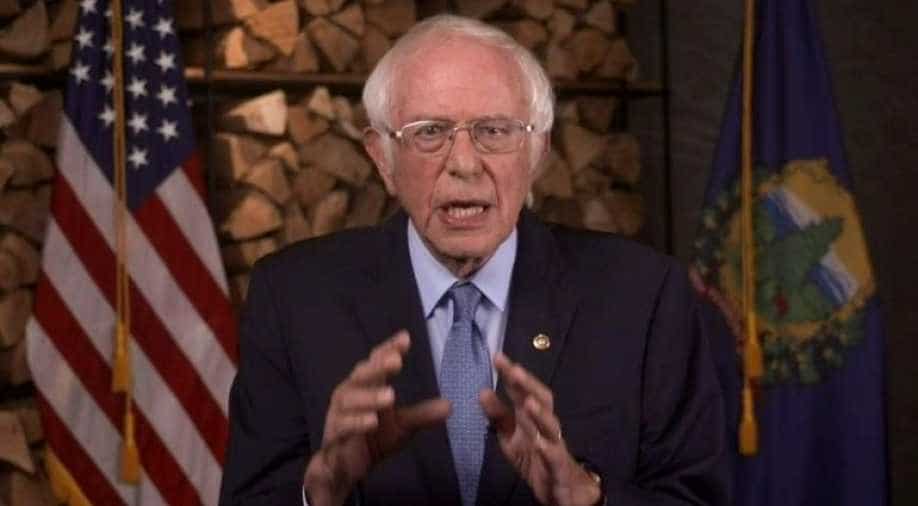 Sanders, 79, in the video had said that "Pennsylvania, Michigan, Wisconsin" would be among other states who would be receiving large amounts of mail-in ballots.

Wow this clip was very interesting to watch.... @BernieSanders was pretty much spot with how the US election has gone so far. #2020PresidentialElection #AmericaVotes2020 #America pic.twitter.com/HcE1IIrtzi

"Unlike states like Florida or Vermont, they're not able, for bad reasons, to begin processing those ballots until I don't know - Election Day or maybe when the polls close. That means you're going to have states dealing with perhaps millions of mail-in ballots," Sanders had said in a television interview.

An amaizing prediction of @BernieSanders for turn of events in #AmericaVotes2020
pic.twitter.com/33C5pcL344

"It could well be that, at 10 o'clock on election night, Trump is winning in Michigan, he's winning in Pennsylvania, he's winning in Wisconsin, and he gets on the television and says, 'Thank you Americans for re-electing me. It's all over, have a good day'," Sander said in the video in a near prophetic scenario.

Just as results were pouring in, President Donald Trump held a meeting for his supporters in which he declared that the election results would be moved to the US Supreme Court calling the electoral process a "fraud".

Trump said: "This is a major fraud on our nation. We want the law to be used in a proper manner. So we'll be going to the US Supreme Court. We want all voting to stop."

"But then, the next day and the day following, all those mail-in ballots start getting counted and it turns out that Biden has won those states. At which point, Trump says, 'See? I told the whole thing was fraudulent. I told you those mail-in ballots were crooked. You're know, we're not going to leave office," Sanders said in the video.

Once again, @BernieSanders is prophetic. https://t.co/SBoZ8VqQeO

The video has gone viral ever since the vote count began in the United States with crucial battleground states yet to declare results. The video has reportedly attracted over 27 million views in the last 24 hours.