I dedicate this Nobel Prize to women of all countries: Nobel Peace Prize laureate Denis Mukwege 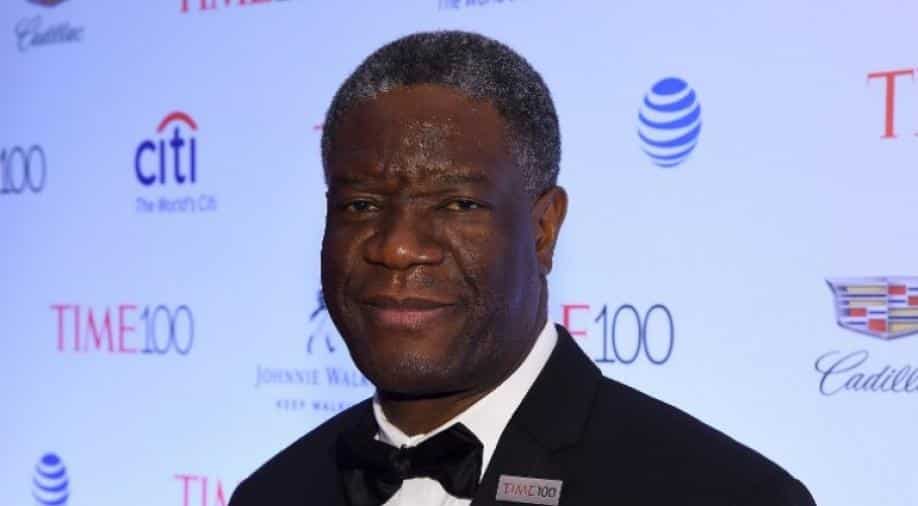 'I am honoured to be named alongside Nadia Murad, with whom I have shared this fight for some time,' Denis Mukwege said.

Following is the statement by Nobel Peace Prize laureate Denis Mukwege on receiving the award.

Ladies and gentlemen, members of the Nobel Prize Committee,

It is with great humility that I learned of this news while I was in the middle of performing surgery in my hospital.

At this time, my thoughts turn immediately to all survivors of rape and sexual violence in conflict zones around the world.

I am honoured to be named alongside Nadia Murad, with whom I have shared this fight for some time. Nadia Murad is a person for whom I have a great deal of respect because her courage and strength in denouncing this barbarity in conflicts, which goes well beyond anything that one can imagine.

Dear members of the Nobel Committee, you heard her voice, you have heard the voices of all survivors.

Indeed, this honour is an inspiration because it shows that the world is actually paying attention to the tragedy of rape and sexual violence and that the women and children who have suffered for too long are not being ignored.

This Nobel Prize reflects this recognition of suffering and the need for just reparations for female victims of rape and sexual violence in countries across the world and on all continents.

This is an important step towards the long-awaited reparations that we all owe to these women.

This award will have real meaning only if it helps mobilize people to change the situation of victims in areas of armed conflict.

I dedicate this Nobel Prize to women of all countries in the world, harmed by conflict and facing violence every day.

For almost 20 years I have witnessed war crimes committed against women, girls, and even baby girls not only in my country, the Democratic Republic of Congo, but also in many other countries.

To the survivors from all over the world, I would like to tell you that through this prize, the world is listening to you and refusing to remain indifferent. The world refuses to sit idly in the face of your suffering.

We hope that the world will not wait any longer to act with determination and strength to assist you because the survival of humanity depends on you.