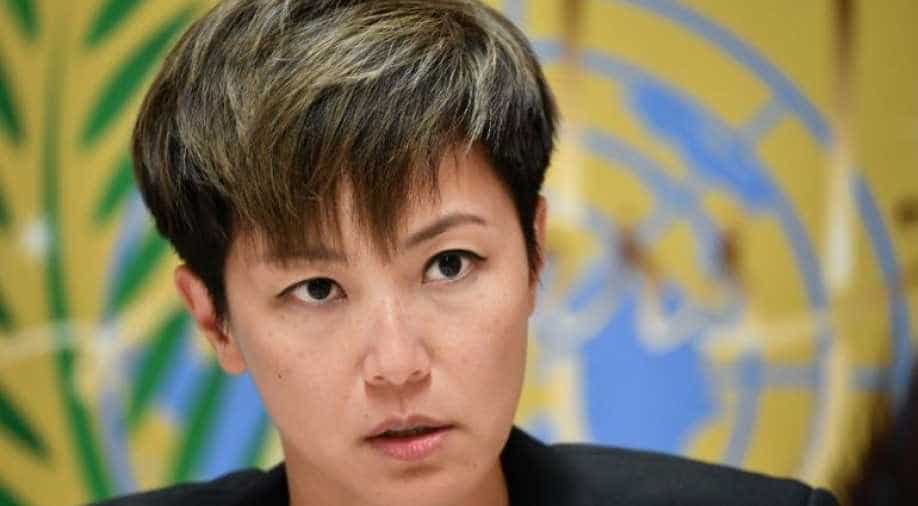 Beijing criticised pro-democracy Hong Kong singer Denise Ho as "delusional" Tuesday after she called for the UN to remove China from the body's Human Rights Council for trying to erode the city's autonomy.

The Canto-pop star has joined the huge marches of protesters calling for democratic reforms in semi-autonomous Hong Kong and angered Beijing by making a speech about the city's sliding freedoms to the UN rights council.

"This is delusional, how is that possible?" said Chinese foreign ministry spokesman Geng Shuang at a press briefing.

"She overestimates herself," he added.

Ho urged the UN rights council to put pressure on Beijing in the speech on Monday -- citing ongoing anti-government protests in Hong Kong as a sign that locals were fed up with China's "tightening grip."

"China is preventing our democracy at all costs," said Ho, who also called for the UN to convene an urgent session to protect the people of Hong Kong.

The rights council can hold extraordinary sessions on global crises, which generally produce resolutions that seek to raise awareness but have no influence on the ground.

Hong Kong has plunged into its worst crisis in recent history, following a month of huge marches as well as separate violent confrontations with police involving a minority of hardcore protesters.

Among recent watershed moments, critics point to are the disappearance into mainland custody of dissident booksellers and the jailing of democracy protest leaders -- both of which were referenced in Ho's address to the rights council.

Chinese diplomat Dai Demao -- who interrupted Ho twice during her speech -- said the pop singer perpetrated an "affront" against Beijing by equating Hong Kong and China, rather than referring to Hong Kong as part of China.