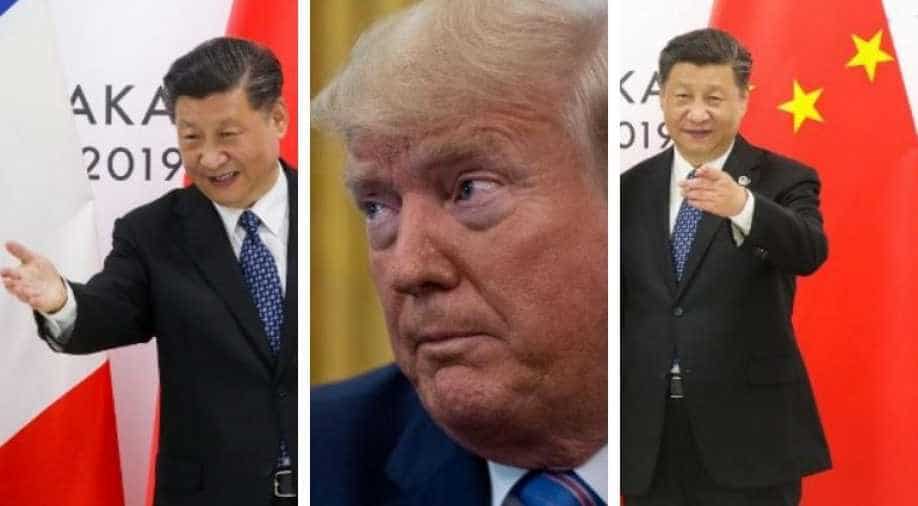 Trump weighed in on the protests in Hong Kong on Monday, saying the demonstrators are 'looking for democracy' but that 'some governments don't want democracy'.

China on Tuesday rebuked Donald Trump for "gross interference" in Hong Kong's affairs after the US president said protesters who stormed the city's legislature wanted democracy for the financial hub.

Trump weighed in on the protests in Hong Kong on Monday, saying the demonstrators are "looking for democracy" but that "some governments don't want democracy".

China, he added, warns "the relevant country to speak and act cautiously and stop interfering in Hong Kong's internal affairs in any form".

He also said the United States should "not in any form support those engaged in violence and breaking the law".

The semi-autonomous financial hub has been thrown into crisis by weeks of demonstrations over a bill that would allow extraditions to the Chinese mainland, with the issue becoming a lightning rod for resentment towards Beijing.

On Monday, the 22nd anniversary of the city's handover to China -- anger spilt over as groups of mostly young, hardline protesters, breached the legislative council.

Beijing called for a criminal probe into what it dubbed a "blatant challenge" to the "one country, two systems" arrangement that has allowed Hong Kong to have its own laws, granting it special rights including freedom of speech.

The US had said that Trump would discuss Hong Kong when he met Chinese President Xi Jinping at the G20 in Japan on Saturday, during which the two leaders agreed to a trade-war ceasefire.

Asked whether the two leaders discussed Hong Kong, Geng referred to previous statements about the meeting which did not mention the topic.

"China's position on Hong Kong is consistent and clear and firm and I believe the US knows this very well," he said.

Geng also lashed out at "gross interference" from British Foreign Secretary Jeremy Hunt, who wrote on Twitter that London's support for "Hong Kong and its freedoms is Unwavering" on the anniversary of the handover.

"We are unswerving in our determination to oppose foreign interference. We demand the UK reflect upon the consequences of its mistaken words and deeds and stop interfering in Hong Kong's and China's internal affairs in any form," he said.