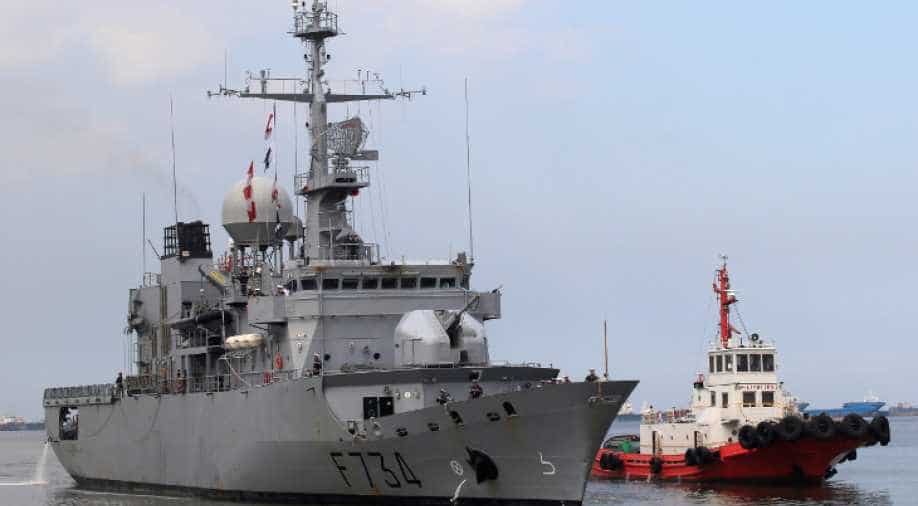 Beijing views self-governed and democratic Taiwan as its territory awaiting reunification, and any passage through the Strait is seen as defying that claim.

The passage, which was confirmed by China.

"The (French) national navy crosses the Taiwan Strait about once a year, without any incident nor reaction," an aide to French Armed Forces Minister Florence Parly said after China confirmed lodging an official protest over what was seen as a rare passage by a warship from a European power.

Beijing views self-governed and democratic Taiwan as its territory awaiting reunification, and any passage through the Strait is seen as defying that claim.

The French operation comes amid increasing tensions between the United States and China. Taiwan is one of a growing number of flashpoints in the US-China relationship, which also include a trade war, US sanctions and China's increasingly muscular military posture in the South China Sea, where the United States also conducts freedom of navigation patrols.

China said on Thursday it had lodged "stern representations" with France for what it called an "illegal" passage.

"China’s military sent navy ships in accordance with the law and the rules to identify the French ship and warn it to leave," defense ministry spokesman Ren Guoqiang said.

The French strait passage comes against the backdrop of increasingly regular passages by US warships through the strategic waterway. Last month, the United States sent Navy and Coast Guard ships through the Taiwan Strait.

The passages upset China, which claims self-ruled Taiwan as part of its territory. Beijing has been ramping up pressure to assert its sovereignty over the island.

Washington has no formal ties with Taiwan but is bound by law to help provide the island with the means to defend itself and is its main source of arms.