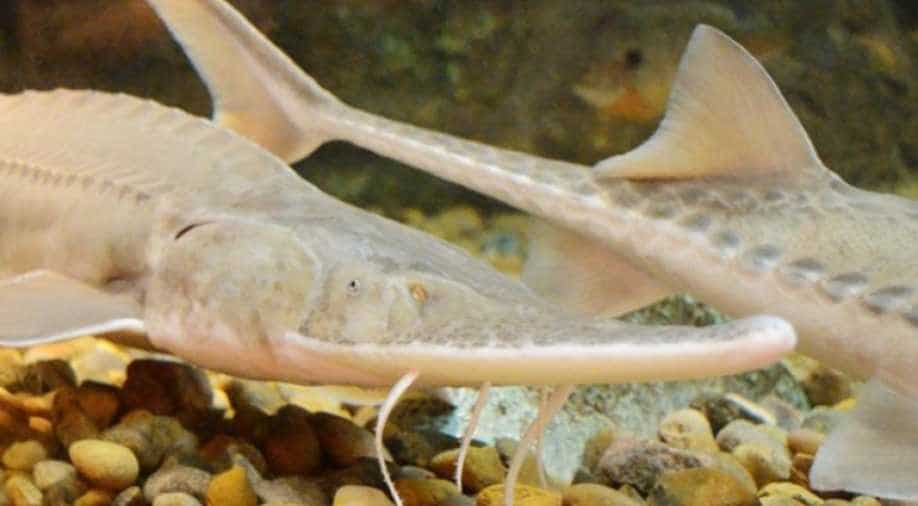 An investigation team found the construction project in the city of Jingzhou had illegally encroached on a protected national nature reserve, the paper said.

China has halted construction of a bridge in the province of Hubei after it was said to have caused the death of around 6,000 critically endangered Chinese sturgeon, the China Daily said, citing the agriculture ministry.

An investigation team found the construction project in the city of Jingzhou had illegally encroached on a protected national nature reserve, the paper said.

The fish were bred at an aquafarm in Jingzhou. Their deaths were attributed to the "shocks, noises and changes of water sources" brought about by the bridge project.

The Chinese sturgeon is on the brink of extinction as a result of pollution, overfishing and the construction of massive hydroelectric dams along the Yangtze river.

Overdevelopment of the river has also decimated the population of the native Yangtze porpoise and caused the extinction of the baiji dolphin, known as the "Yangtze mermaid".

A total of 1,085 animals and plants native to China are listed on the global red list of "threatened" species compiled by the International Union for the Conservation of Nature.

According to a report published last year by a group of Chinese non-governmental organisations, 738 of the protected species saw their numbers decline from 2000 to 2015, with only 102 seeing improvements over the period.