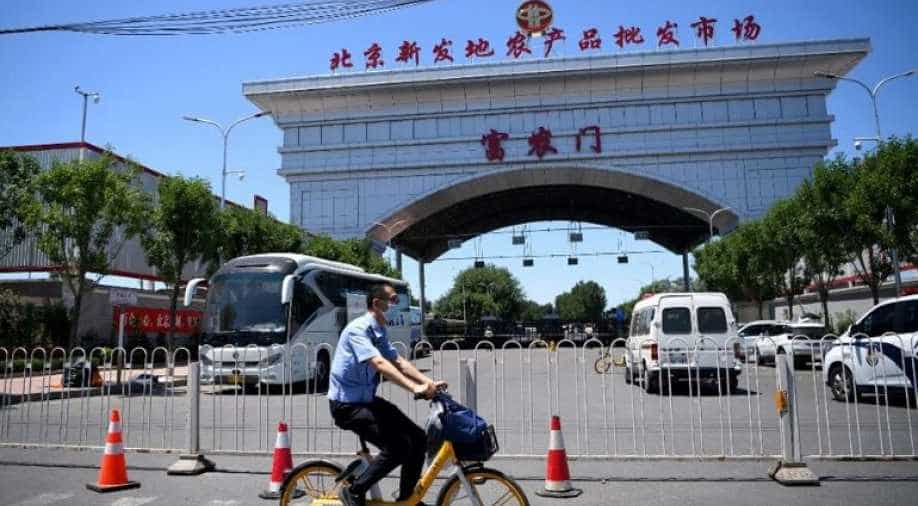 The world's second-largest economy was the only major one to grow at all in 2020, supported by industrial activity and better-than-expected exports as the virus hit markets around the world.

China's economy expanded at its fastest pace on record in the first quarter, data showed Friday, in a sharp turnaround from the historic contraction caused by the coronavirus outbreak.

The world's second-largest economy was the only major one to grow at all in 2020, supported by strong retail spending and industrial activity as well as better-than-expected exports as the virus hit markets around the world.

It marks the fastest pace since quarterly records began three decades ago, though the GDP figure of 18.3 per cent is slightly below forecasts in an AFP survey of economists.

While the disease first emerged in central China in late 2019, the country was also the quickest to bounce back after authorities imposed strict control measures and consumers stayed home.

The sharp spike was partly due to "incomparable factors such as the low base figure of last year and increase of working days due to staff staying put during the Lunar New Year" holiday, said Liu.

Migrant workers had been urged to remain in the areas where they work during the break owing to fears that the annual massive migration might lead to local outbreaks.

But Liu added that quarter-on-quarter growth has "demonstrated a steady recovery".

Across key sectors, China powered on in its economic rebound after caution around the holiday period subsided and domestic consumption soared.

In March, the country's industrial output rose 14.1 per cent on-year, bringing first-quarter growth to 24.5 per cent, the official data showed.

Retail sales surged 34.2 per cent, picking up from the first two months and bringing first-quarter growth to 33.9 per cent as life largely returned to normal.

The urban unemployment rate ticked down slightly to 5.3 per cent, a figure analysts are watching closely as China's consumption rebound lags behind that of its industrial sectors.

But economists expect growth drivers could change in the months ahead.

"Industrial production has been taking the lead in recovery last year, and it looks a bit tired now," said UOB economist Ho Woei Chen, referring to its slower-than-expected growth.

"There is an expectation that with retail sales' outperformance and a recovering job market, that there is momentum picking up in private consumption," she told AFP, adding that this should take over the lead in growth later in the year.

Economists also added that China's post-coronavirus rebound is levelling off.

Julian Evans-Pritchard, the senior China economist at Capital Economics, said: "We expect quarter-on-quarter growth to remain modest during the rest of this year as the recent boom in construction and exports unwinds, pulling activity back towards trend."