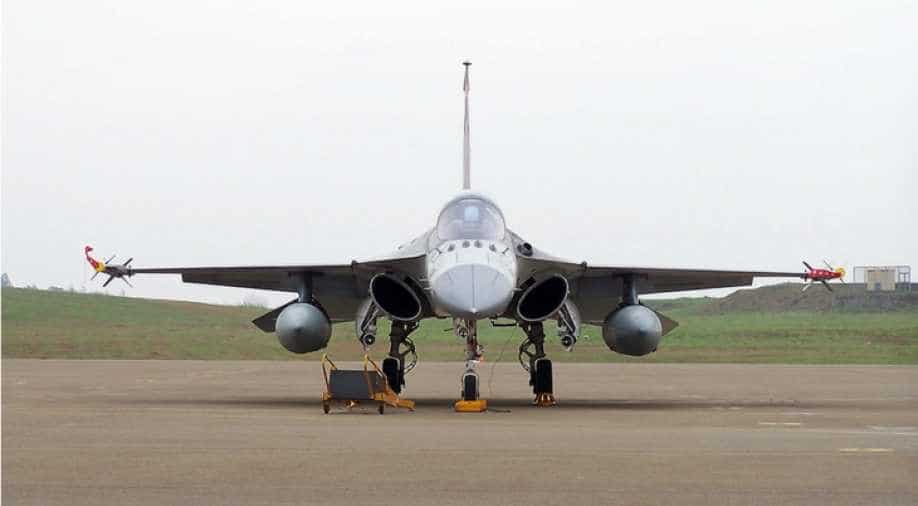 The Sea of Japan is not Japan?s, and the drills were lawful and reasonable, air force spokesman Shen Jinke said in the statement, describing the exercises as routine and pre-planned. (Representative image) Photograph:( Others )

China’s air force carried out another round of long-range drills on Monday, flying into the Sea of Japan and prompting South Korean and Japanese jets to scramble, and again around self-ruled Taiwan amid growing tension over China’s assertiveness.

China has in recent months ramped up its long-range air force drills, particularly around Taiwan, claimed by China as its own.

The air force said in a statement that fighter and bomber aircraft flew through the Tsushima Strait that separates South Korea from Japan and into international waters in the Sea of Japan.

The Sea of Japan is not Japan‘s, and the drills were lawful and reasonable, air force spokesman Shen Jinke said in the statement, describing the exercises as routine and pre-planned.

The Japanese Defence Ministry said in a statement that the aircraft - two SU-30 fighters, two H-6 bombers and one TU-154 reconnaissance plane - had not violated Japan’s airspace.

“Our fighter planes took normal tactical measures, identifying the models of the Chinese planes and flying aerial surveillance until they left,” the South Korean statement said.

Chinese air force spokesman Shen alluded to the scrambled aircraft, saying they “responded to interference from foreign military aircraft” but were able to achieve the aim of their drill.

Taiwan’s military said that China had staged a separate drill at the same time, flying a plane through the Bashi Channel between Taiwan and the Philippines and then returning to base through the Strait of Miyako, to Taiwan’s north and near Japan’s southern islands.

The Japanese Defence Ministry identified the plane as Y-8 electronic warfare aircraft. There was no violation of Japan’s airspace in this instance either, the ministry said.

China’s air force last week conducted “island encirclement patrols” near Taiwan, after a senior Chinese diplomat threatened that China would invade the self-ruled island if any U.S. warships made port visits there.