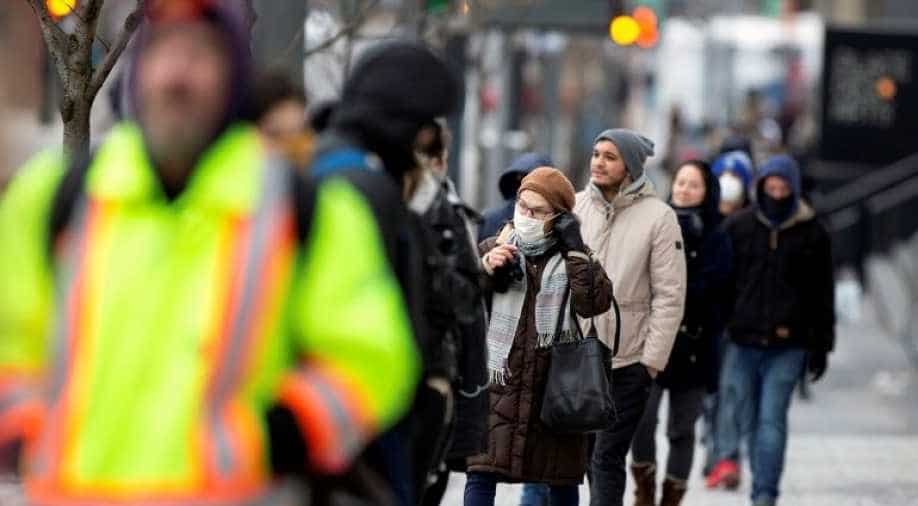 A woman adjusts her mask while she waits in line as the city's public health unit holds a walk-in clinic testing for coronavirus disease (COVID-19) in Montreal, Quebec, Canada March 23, 2020. Photograph:( Reuters )

Canada will invest C$30 million ($21.8 million) to enable its provinces and territories to promote holidays in their "own back yard" because of the closure of the country's borders due to the novel coronavirus pandemic.

Destination Canada, the country's national marketing body which usually focuses on luring international visitors, is due to announce the new funding later on Sunday, according to a statement seen by Reuters before its official release.

Also read: Most vulnerable in England can spend time outdoors from Monday

Quebec, which shares borders with the U.S. states of New York, Vermont, New Hampshire and Maine, accounts for more than 60% of the Canadian death toll from the virus, and Ontario, the most populous province, has also been hit hard.

The closures have hammered the tourism industry. Some 42% of businesses in the accommodation and food sectors have reported revenue drops of more than 50%, according to an April survey https://www150.statcan.gc.ca/n1/daily-quotidien/200429/dq200429a-eng.htm of 12,600 businesses.

At the end of 2018, one out of every 11 jobs in Canada was directly tied to travel, according to the Tourism Industry Association of Canada, but in April the unemployment rate in the tourism sector skyrocketed to more than 28%.

Tourism is "a significant economic driver and source of local jobs. It's also among one of the hardest hit sectors as a result of this pandemic," Economic Development Minister Melanie Joly, who is responsible for tourism, said in the statement.

The aim is to provide a valuable lifeline to the struggling sector during its peak summer season, Ben Cowan-Dewar, chairman of Destination Canada, said in the statement.

It is the first time Destination Canada has provided funding for domestic marketing, according to a spokesman in Joly's office. The marketing arm in each of the 10 provinces and three territories will decide exactly how they want to use the money, the spokesman said.

Royal concerns on how dark Archie's skin colour will be to having suicidal thoughts, Meghan Markle's tells all in Oprah interview