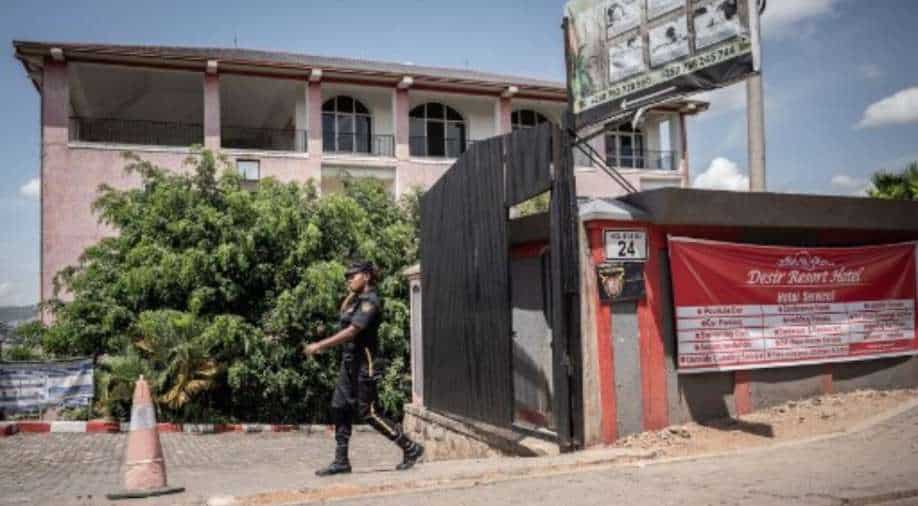 The East African country, ruled by President Paul Kagame since the end of the 1994 genocide which left some 800,000 mainly ethnic Tutsis dead, has often come under fire for rights abuses. (representative image) Photograph:( AFP )

Rights groups on Friday urged leaders attending the Commonwealth Heads of Government Meeting (CHOGM)  this month to pressure Rwanda to release dissidents and improve its grim record on freedom of expression.

The East African country, ruled by President Paul Kagame since the end of the 1994 genocide which left some 800,000 mainly ethnic Tutsis dead, has often come under fire for rights abuses.

"We express our grave concerns about the human rights situation in Rwanda as it prepares to host the meeting in June 2022," 23 organisations, including Human Rights Watch (HRW) and Amnesty International, said in a joint statement.

The campaigners asked the Commonwealth to insist that Rwandan authorities "immediately drop the charges against and release all of those currently detained solely for peacefully exercising their right to freedom of expression".

Kigali should also "publicly commit and guarantee that civil society and media including those from Rwanda will be allowed to work freely and raise human rights issues without fear of reprisals during and after their participation in CHOGM", they added.

The biennial event had originally been scheduled in 2020 before it was pushed back twice because of the coronavirus outbreak.

His music was banned by Kagame's government and he was found dead in his cell in February 2020, just days after he was caught trying to flee the country.

Police said Mihigo, a survivor of the Rwandan genocide whose songs angered the government, had committed suicide by hanging himself from his cell window using bedsheets.

Asked about the campaigners' demands, government spokeswoman Yolande Makolo on Friday said: "Rwanda is a proud member of the Commonwealth family."

"Rwandans have been working round the clock to ensure readiness for CHOGM, and we look forward to hosting leaders and delegates in our country," she told AFP.

In March last year, HRW voiced alarm over a crackdown on people using YouTube or blogs to speak out about sometimes controversial issues in Rwanda.

HRW said at least eight people reporting or commenting on current affairs, notably the impact of strict anti-Covid measures which had hit the poor hard, had been threatened, arrested or prosecuted.

The Commonwealth is made up mainly of former British colonies comprising 54 countries and 2.4 billion people.