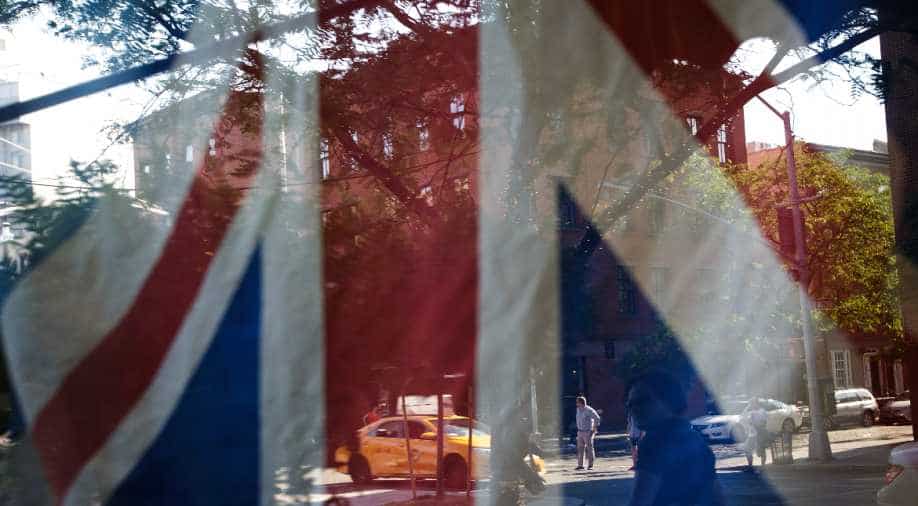 The Brexit vote has also put the remaining 27 members of the EU under pressure to come up with an adequate response to prevent other countries following suit. Photograph:( Getty )

EU leaders gave Britain breathing space on Tuesday by accepting it needed time to absorb a shock Brexit vote before triggering a divorce but insisted the crunch move could not wait months.

Prime Minister David Cameron came face-to-face with European colleagues for the first time since last week's vote at a Brussels summit which leaders said was "sad" but pragmatic.

Trillions of dollars have been wiped off world markets since Thursday's vote to leave the EU, while the United Kingdom's future has been thrown into doubt after Scotland said it would push for a new independence referendum.

Further shockwaves juddered through British politics as Jeremy Corbyn, leader of the main opposition Labour party, vowed to fight on despite losing a crushing no-confidence vote among his party's lawmakers.

Thousands of people took to the streets of London, which voted overwhelmingly to stay in the EU, to protest against the referendum result, waving EU flags and placards saying: "Stop Brexit".

After hours of talks in Brussels, EU president Donald Tusk said that he understood that time was needed "for the dust to settle" in Britain before the next steps can be taken.

But reflecting wider concerns of a domino effect of other states wanting to leave, European Commission president Jean-Claude Juncker said Britain did not have "months to meditate".

He set a clear timetable for triggering Article 50, the EU treaty clause that begins the two-year withdrawal process, after Cameron's successor takes office in early September.

The current favourites to take over from Cameron are leading Leave campaigner Boris Johnson and interior minister Theresa May, a low-key backer of EU membership.

''You're not laughing now"

Over a dinner of poached veal tenderloin followed by strawberries, a chastened Cameron urged EU leaders to consider reforming rules on freedom of movement, one of the EU's central tenets, to cement a close relationship with Britain post-Brexit.

He said Britain and the EU should "have as close an economic relationship as possible and that the key to staying close is really to look at reform to free movement," a Downing Street source said, speaking on condition of anonymity.

A British government source added that Cameron believed that free movement was "one of the driving factors in people voting to leave".

At a press conference, Cameron insisted he had no regrets about holding the referendum.

Earlier, US President Barack Obama warned against "hysteria" as stock markets and the pound staged a tentative recovery after days of losses that saw sterling slump to a 31-year low.

But with so much still remaining uncertain, analysts warned the recovery could be short-lived.

Late Monday, Standard & Poor's and Fitch both cut their credit ratings for Britain as a result of the referendum.

One happy man was Nigel Farage, head of the UK Independence Party, who told a jeering European Parliament - after a hug with his old sparring partner Juncker - that the joke was now on them.

"When I came here 17 years ago and I said I wanted to lead a campaign to get Britain to leave the EU, you all laughed at me," he said. "But you are not laughing now."

Breaking up is hard

European powers are loath to give Britain an easy ride as it leaves the EU, partly because they do not want to send a signal to other countries which may eventually head in the same direction.

German Chancellor Angela Merkel has warned Cameron could not "cherry-pick" the terms of the exit negotiations and that there would be no informal talks before Article 50 was triggered.

The European Parliament has called on Britain to initiate the departure process "as soon as possible", its president Martin Schulz saying Cameron was "taking the destiny of our entire continent hostage purely for internal political reasons".

The Brexit vote has also put the remaining 27 members of the EU under pressure to come up with an adequate response to prevent other countries following suit.

The 27 will meet without Cameron on Wednesday and Tusk proposed holding another summit in September in Bratislava.

The referendum result has caused a political earthquake in Britain, claiming not only Cameron's scalp but also leaving Corbyn fighting for survival.

On Tuesday the veteran socialist, who has been accused of not campaigning hard enough to stay in the EU, lost a no-confidence vote among Labour MPs by 172 to 40.

Dozens of Corbyn's shadow cabinet have already quit but he has insisted he will not "betray" grassroots Labour party members who elected him last year by resigning.

In Scotland, which voted overwhelmingly to remain, First Minister Nicola Sturgeon fleshed out her proposals for about splitting the country off from Britain to keep it in the EU.

She travels to Brussels for talks on Wednesday, saying she was "utterly determined to preserve Scotland's relationship and place within the EU".

Scotland voted against independence in a referendum in 2014 but Sturgeon has said that the Britain of that time "does not exist any more" following the Brexit vote.