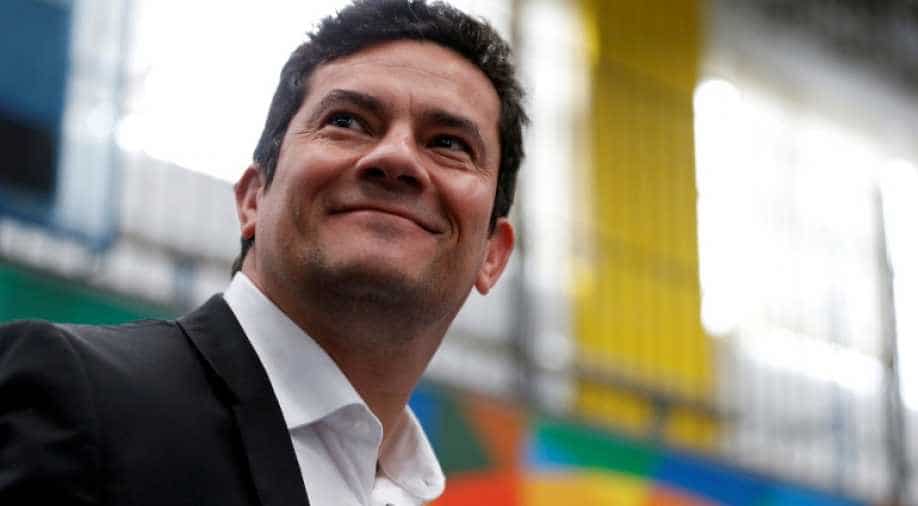 The judge who has upended Brazilian politics with a sweeping corruption investigation, Sergio Moro, accepted an offer Thursday from far-right President-elect Jair Bolsonaro to be his justice minister.

Bolsonaro publicly offered him the post after being swept to the presidency Sunday on a wave of anti-establishment anger fueled partly by Moro's probe into the large-scale looting of state oil company Petrobras.

Moro flew to Rio de Janeiro on Thursday for a meeting with the hardline conservative. It ended with him accepting the offer to head a "super ministry" combining the justice and public security portfolios, both men said.

The move will likely fuel accusations that Moro's so-called "Car Wash" probe has been politically motivated and disproportionately targeted left-wing politicians -- especially ex-president Luiz Inacio Lula da Silva, whom polls showed would have beaten Bolsonaro had he not been serving a 12-year corruption sentence.

"Federal judge Sergio Moro has accepted our invitation to be minister of justice and public security. His anti-corruption, anti-organized crime agenda and his respect for the constitution and the law will be our compass!" Bolsonaro tweeted.

Moro confirmed in a statement that he had "accepted the invitation as an honor."

"In practice, this will mean consolidating the advances we have made against crime and corruption in recent years and fending off the risk of a backslide, for the greater good," he said.

Since it was launched in 2014, Moro's investigation has taken out a Who's Who of politicians and executives who colluded to pump billions of dollars from Petrobras into their own pockets or the coffers of their political parties.

Although politicians of all stripes have fallen, Moro has been accused of being particularly merciless on the left -- especially Lula, Brazil's president from 2003 to 2010.

Moro sentenced Lula -- a hugely divisive but enduringly popular figure -- to jail for taking bribes from a Petrobras contractor.

Lula tried to stage a presidential come-back in this year's elections, but the courts barred his candidacy.

In a country left polarized by the election, Bolsonaro and Moro are both divisive figures, too.

The president-elect has outraged many Brazilians with his derogatory remarks against women, gays and blacks, and his outspoken admiration for Brazil's brutal military dictatorship (1964-1985).

Moro meanwhile is a hero to some for his crusade against endemic graft -- but condemned by others as a politically motivated opportunist who may have changed the destiny of Latin America's largest country.