Brazil is choosing a new president. Here's what you need to know 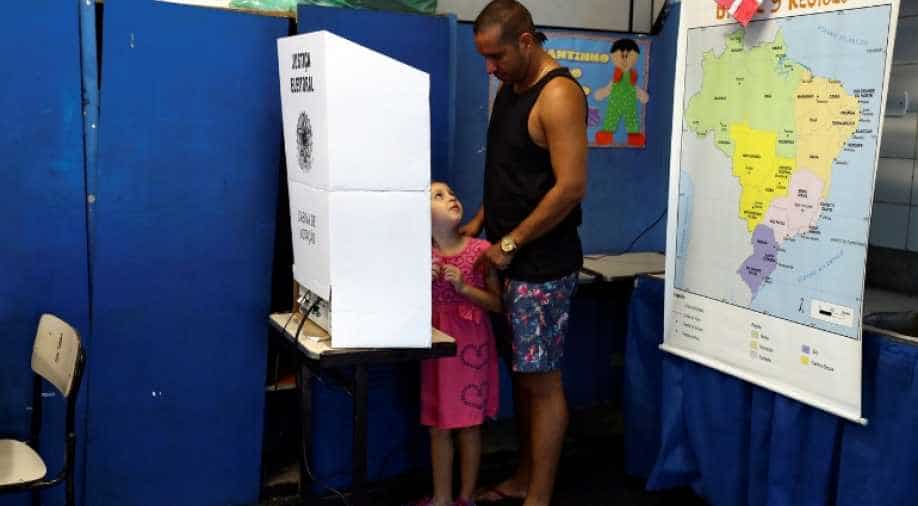 Brazil is holding a presidential run-off election Sunday. A far-right politician promising a hard line on crime and corruption, Jair Bolsonaro, is the frontrunner.

Here's what you need to know:

How important is the election?

Brazil is one of the most important emerging economies, a member of the "BRICS" club and Latin America's biggest country.

Whoever ends up as president will be at the helm of the world's eighth-biggest economy, an oil producer and major energy consumer whose chief trading partner is China.

Yet it's only three decades since Brazil shucked off a military dictatorship. And it has just emerged from its worst-ever recession, which wiped out much of a preceding decade of prosperity.

Called a "Tropical Trump" by some, Bolsonaro is controversial and polarizing.

The former army captain has been a congressman since 1991, and is known for offensive remarks against women, gays, blacks and the poor.

But he also has a healthy lead in the polls -- attributed to his tough-guy promises to crack down on crime and graft, and his canny use of Facebook to reach out to voters.

He was stabbed in the stomach by an attacker at a campaign rally on September 6, which put him in the hospital for three weeks. Since then, he has campaigned entirely on social media.

To his supporters, the episode only bolstered his image as a "Myth" -- their nickname for him -- and underlined the need for the ruthless crackdown on crime he is promising.

Although a Catholic, he has the backing of an influential evangelical bloc in Congress that would help him govern if he wins.

But he has inspired massive protests by Brazilian women, under the slogan "Not him."

He came close to winning the election outright in the first-round vote on October 7.

In a field of 13 candidates, he won 46 per cent of the vote, to 29 per cent for runner-up Fernando Haddad, his opponent in Sunday's run-off.

Bolsonaro had an eight- to 10-point lead going into the second round, according to two final polls released Saturday.

Haddad is the Workers' Party's choice to replace popular but imprisoned ex-president Luiz Inacio Lula da Silva, who is serving a 12-year sentence for bribery.

The leftist has made up ground -- he trailed by as much as 18 points two weeks ago -- but it would take a dramatic surge for him to win.

If he does enter Planalto, Brazil's equivalent of the White House, Bolsonaro has promised big changes -- though he would have to work with a divided Congress where the Workers' Party still holds sway.

He wants looser gun laws for "good" civilians to help counter rife street assaults and murders, and for the army to go after organized crime.

Political corruption will be quashed and the government streamlined, he has said. Brazil would sell off state enterprises to bring down spiralling public debt.

That looks like a reference particularly to neighbouring Venezuela, whose implosion under the rule of Socialist President Nicolas Maduro has sent tens of thousands of people fleeing over the border into Brazil.

Instead, it would turn more toward countries such as the United States, Israel and Italy.

"We've got to give Socialism, Communism, a kick up the ass," he said in one interview.