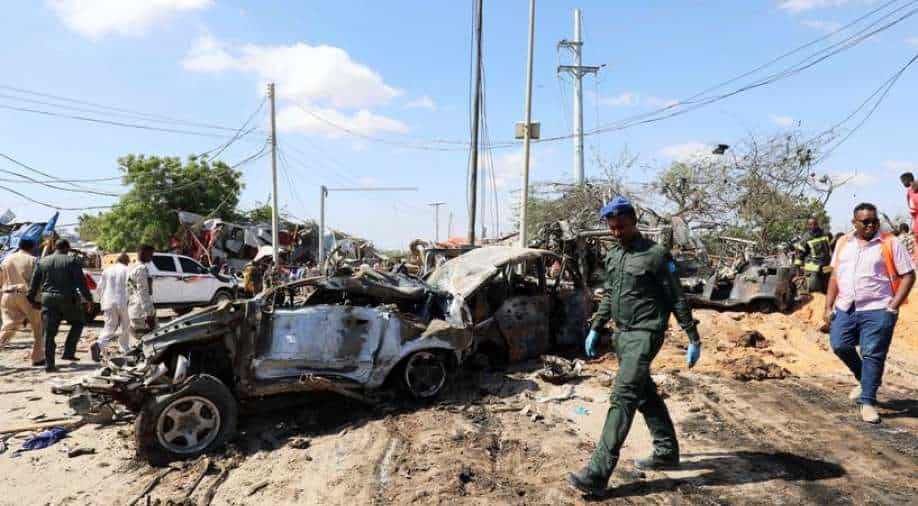 Twelve security agents were killed on Sunday by a roadside bomb planted outside a Somali town where political leaders had been meeting to try to resolve a row over a presidential selection process due to be held on Monday.

Those killed included Abdirashid Abdunur, the head of the National Intelligence and Security Agency in Dhusamareb, police officer Mohamed Ahmed said. In all, 12 people from the agency were killed in the attack near the town, police said.

A deal on how to choose a new president on Monday has been elusive so far, threatening to unleash more political turmoil.

Somalia had initially aimed to hold its first direct election in more than three decades but delays in preparations, and the government`s inability to rein in daily attacks by al Qaeda-linked al Shabaab insurgents, meant switching to an indirect vote, with elders picking lawmakers who would choose a president.

However, regional authorities in at least two of Somalia`s five federal states, Puntland and Jubbaland, oppose holding the election for now.