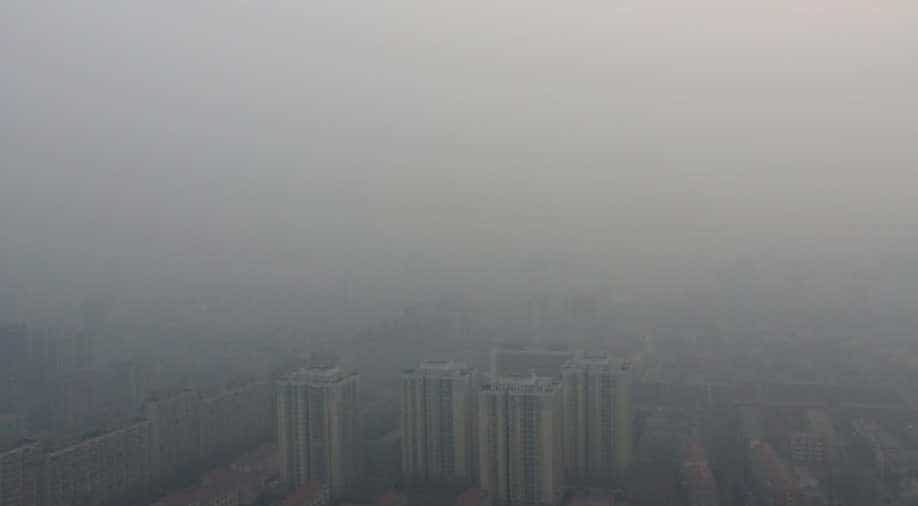 China's cities need to reduce PM2.5 to an annual average of 35 micrograms in order to meet state standards. Photograph:( Reuters )

China's smog-hit capital Beijing plans to slash coal consumption by a further 30 per cent in 2017 as part of its efforts to combat air pollution, the official Xinhua news agency said late on Sunday, citing the city's mayor.

Beijing has promised to implement "extraordinary" measures this year in a bid to tackle choking smog from traffic congestion and the heavy use of coal.

"We will try to basically realise zero coal use in six major districts and in Beijing's southern plain areas this year," major Cai Qi was quoted as saying, adding that Beijing would also eliminate small coal-fired boilers.

The new cuts will bring coal use in the city to less than 7 million tonnes in 2017, Cai said.

Beijing originally aimed to bring coal consumption to below 10 million tonnes this year, down from around 22 million tonnes in 2013, and has already shut major coal-fired power stations. Cai said Beijing would also take 300,000 obsolete vehicles off the roads this year to help to raise fuel standards and promote new energy cars.

It has made up the supply shortfall by importing power from neighbouring provinces via the grid, raising fears that the capital is exporting its pollution to surrounding regions.

Heavy traffic is responsible for about a third of Beijing's total emissions of harmful breathable particles known as PM2.5, according to the Ministry of Environmental Protection. China's cities need to reduce PM2.5 to an annual average of 35 micrograms in order to meet state standards.

Average concentrations of PM2.5 in Beijing stood at 73 micrograms per cubic metre in 2016, down 9.9 per cent on the previous year. However, readings have regularly exceeded 500 micrograms since mid-December, with fireworks to help celebrate the Chinese new year driving PM2.5 concentrations to their second-highest level in five years at the end of January.