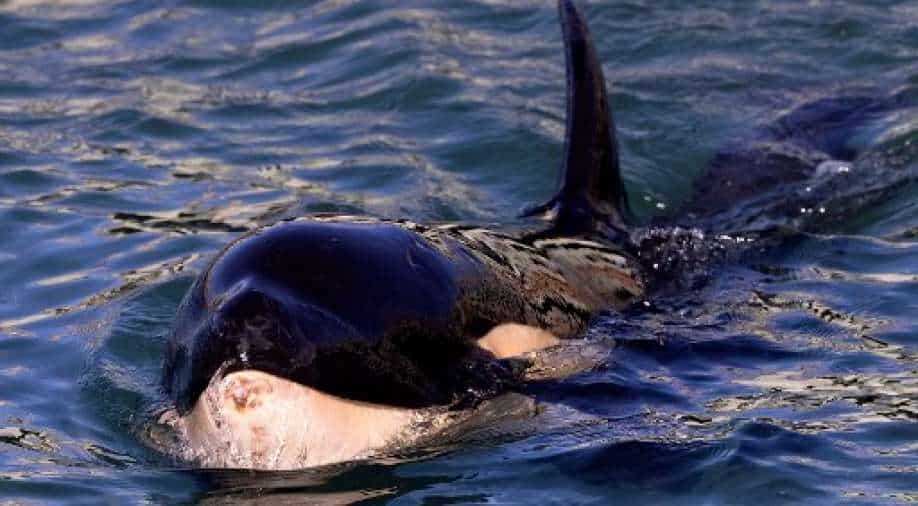 He was unweaned, and hundreds of people volunteered to assist with round-the-clock care as he was unable to survive alone in the ocean

Toa, the baby orca who captured hearts after he was found stranded in New Zealand waters, has lost his fight for survival, conservationists confirmed Saturday.

The killer whale, less than 2.5 metres (eight feet) long and believed to be four to six months old, became front-page news when he washed ashore near the capital Wellington after becoming separated from his pod nearly two weeks ago.

He was unweaned, and hundreds of people volunteered to assist with round-the-clock care as he was unable to survive alone in the ocean.

Conservationists, who named the orca Toa -- Maori for "warrior" -- housed him in a makeshift pen at the seaside suburb of Plimmerton, where he was fed via a special teat every four hours while an air and sea search was mounted to find his mother.

Whale Rescue, an organisation that had been helping care for Toa, posted on social media that his condition rapidly deteriorated on Friday night.

"Vets on site rushed to his aid but were unable to save him," the statement said.

Department of Conservation marine species manager Ian Angus said they were aware that the longer Toa was in captivity and away from his mother, the more likely it was his health would deteriorate.

"Toa passed quickly, surrounded by love with his last days made as comfortable as possible," Angus said.

"Throughout this amazing effort, we've all been united in wanting to do the best for Toa. Finding and reuniting him with his pod was still our goal as we headed into the weekend.

"This calf had captured hearts, and no one wanted to believe that he didn't have a fighting chance."

Despite being known as killer whales, orcas are actually the largest species of dolphin, with males growing up to nine metres.

Recognisable by their distinctive black and white markings, they are listed as critically endangered in New Zealand, where their population is estimated at 150-200.

Pods of orcas are relatively common in Wellington Harbour, where they have been observed hunting stingrays.