Ahead of Xi's visit to Myanmar, Suu Kyi makes rare trip to China 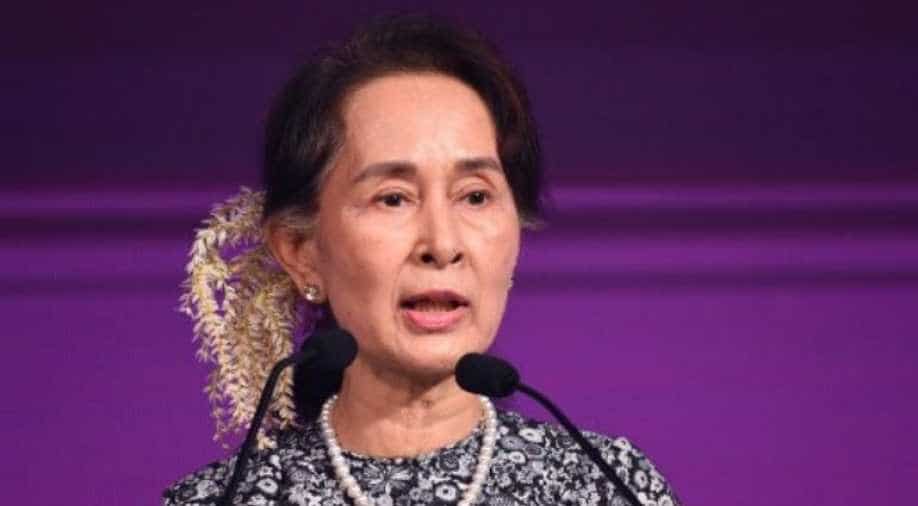 Wearing traditional ethnic attire Suu Kyi danced with a street procession on Friday in northern Kachin state's capital Myitkyina, a day after supporters cheered her arrival at the airport.

Myanmar leader Aung San Suu Kyi made a rare trip to a region bordering China days before President Xi Jinping is expected to push for controversial port and dam projects during a visit to the country.

Wearing traditional ethnic attire Suu Kyi danced with a street procession on Friday in northern Kachin state's capital Myitkyina, a day after supporters cheered her arrival at the airport.

She urged a crowd of thousands to "focus on the present" and called for peace in the remote region, where insurgents have clashed with the army over autonomy and resources.

She did not mention the China-backed Myitsone dam, a $3.6 billion project halted in 2011 in the face of widespread opposition.

A proposal to reinstate the dam drew thousands of protesters onto the streets last year.

Myanmar is a vital piece of China's Belt and Road Initiative, Xi's $1 trillion vision for maritime, rail and road projects across Asia, Africa and Europe.

During his two-day visit to the country starting January 17, Xi and top Myanmar political and military leaders are expected to discuss the initiative, according to a Friday briefing by China's Vice Foreign Minister Luo Zhaohui.

Asked about the dam in Kachin, Luo said the two sides "are still maintaining close communication on this".

Suu Kyi was an opponent of the project before her party swept to power in 2015 elections, but in March last year she called on people to consider it "from a wider perspective".

An environmental assessment commissioned by the government five years ago advised against the dam's construction, saying it could alter the flow of the Irrawaddy River.

Myitsone is one of several Beijing-backed projects in Myanmar, including a deep-sea port in Rakhine state's Kyaukphyu that will serve as China's gateway to the Indian Ocean.

Northern Rakhine was the site of brutal military operations against Rohingya Muslims in 2017 but Kyaukphyu was largely unscathed.

Analysts say Myanmar has drifted closer to Beijing thanks to the Asian giant's backing of Suu Kyi over the crisis, which shattered her reputation in the west even as she remains popular at home.

Xi is also expected to meet army chief Min Aung Hlaing, who has been accused of overseeing the crackdown against the Muslim minority that drove more than 740,000 people into neighbouring Bangladesh.

Suu Kyi defended her country against allegations of genocide at the UN's top court in The Hague last month in a case that is expected to last years.