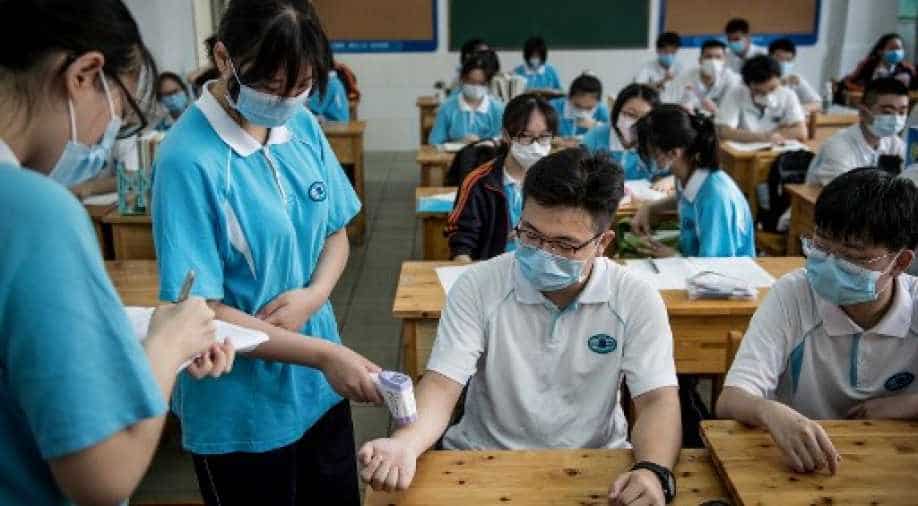 Ninety per cent of a sample group of coronavirus-recovered patients from a prominent hospital in China's Wuhan city where the pandemic broke out have reported lung damage and five per cent of them are again in quarantine after testing positive for the virus, according to a media report on Wednesday.

A team at the Zhongnan Hospital of Wuhan University led by Peng Zhiyong, director of the hospital's Intensive Care Unit, has been conducting follow-up visits with '100 recovered patients' since April.

According to the first phase results, 90 per cent of the patients' lungs are still in a damaged state, which means their lungs ventilation and gas exchange functions have not recovered to the level of healthy people, state-run Global Times reported.

Peng's team conducted a six-minute walking test with the patients. They found that the recovered patients could only walk 400 metres in six minutes while their healthy peers could walk 500 metres in the same period.

Some recovered patients have to rely on oxygen machines even three months after being discharged from the hospital, Liang Tengxiao, a doctor from the Dongzhimen Hospital, Beijing University of Chinese Medicine, was quoted as saying by the report.

The results also showed that antibodies against the novel coronavirus in 10 per cent of the 100 patients have disappeared.

Five per cent of them received negative results in COVID-19 nucleic acid tests but positive results in Immunoglobulin M (IgM) tests, and thus have to be quarantined again, the report said.

IgM is usually the first antibody produced by the immune system when a virus attacks. A positive result in an IgM test usually means that a person has just been infected by the virus.

It is still unclear if this means these people have been infected again.

The 100 patients' immune systems have not fully recovered as they showed a low level of B cells -- - a primary force for killing viruses in the human body -- but a high level of T cells which only recognise viral antigens outside infected cells.

"The results revealed that the patients' immune systems are still recovering," Peng said.

The patients also suffered depression and a sense of stigma. Most of the recovered patients told the team that their families were not willing to have dinner with them at the same table, the report said.

Less than half of the recovered patients have returned to work, it said.

The findings are significant as the coronavirus first emerged in Wuhan city.

Hubei province for which Wuhan is the provincial capital has reported a total of 68,138 confirmed COVID-19 cases till now. The disease has claimed 4,512 lives in the province, according to the official data.

All locally-transmitted cases were reported in Xinjiang Uygur Autonomous Region, the NHC said.

On Tuesday, five new imported cases were also reported. Of the cases, two were reported in Shanghai and one each in Beijing, Sichuan and Shaanxi, the commission said.

As of Tuesday, the total number of confirmed COVID-19 cases had reached 84,491, including 810 patients who were still being treated, with 36 in severe condition.

Altogether 79,047 people had been discharged after recovery, and 4,634 had died of the disease in the mainland, the NHC said.