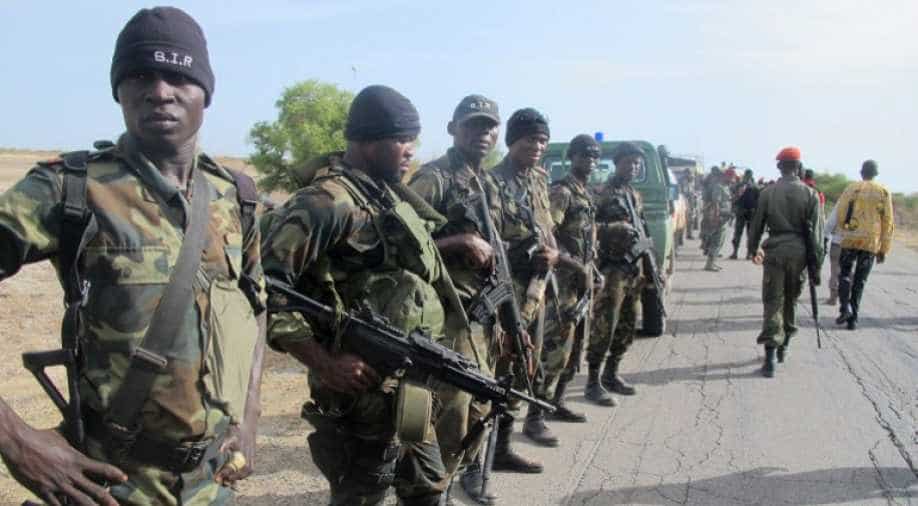 The central government has been battling separatists in the minority English-speaking regions for three years, a conflict that has left 3,000 people dead and forced more than 700,000 to flee their homes.

Armed men have massacred 22 villagers including 14 children in an anglophone region of Cameroon, according to the United Nations, with the opposition blaming the killings on government troops.

The bloodshed occurred on Friday in the Northwest region of Cameroon, James Nunan, a local official with UN humanitarian coordination agency OCHA, told AFP on Sunday.

The central government has been battling separatists in the minority English-speaking regions for three years, a conflict that has left 3,000 people dead and forced more than 700,000 to flee their homes.

Nunan said the massacre took place in the village of Ntumbo on Friday, with his team receiving numerous witness testimonies about the incident.

The army has denied any involvement.

"Up to 22 civilians were killed, including a pregnant woman and several children," Nunan said, adding that 14 children including nine under age five were among the dead.

Eleven of the children were girls, said Nunan, head of OCHA's office for the Northwest and Southwest regions, which are home to the West African country's large English-speaking minority.

The Movement for the Rebirth of Cameroon, one of the country's two main opposition parties, issued a statement condemning the attacks.

"The dictatorial regime (and) the supreme head of the security and defence forces are chiefly responsible for these crimes," it charged.

A key figure in the separatist movement, lawyer Felix Agbor Mballa, in a Facebook post also accused "state defence forces" of carrying out the killings.

An army official contacted by AFP denied the allegations, saying simply: "False". No other official response was immediately available.

Years of grievances at perceived discrimination by the francophone majority snowballed into a declaration of independence by anglophone forces in October 2017, to which the government responded with a crackdown.

The declaration of independence has not been recognised internationally, although the government has lately responded to the crisis by decentralising some of its powers.

Friday's killings followed elections on February 9 that were marred by violence in the regions blamed both on separatists and security forces.

Separatists kidnapped more than 100 people and torched property in the run-up to the elections, Human Rights Watch (HRW) said.

The government has not yet announced the results of the elections or turnout figures.

The UN refugee agency said Thursday that almost 8,000 people had fled into Nigeria from Cameroon in the previous two weeks to escape fighting between security forces and armed separatists.

The latest arrivals brought the number of refugees to almost 60,000, the UN High Commissioner for Refugees (UNHCR) said in a statement.

"Refugees reported fleeing violence and some even arrived across the border with gunshot wounds," it said.