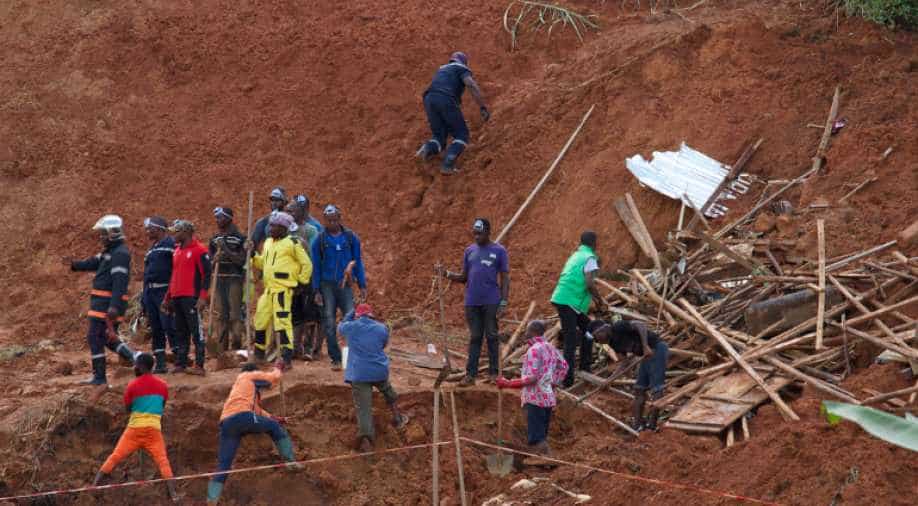 Rescue workers search for casualties at the site of a landslide caused by heavy rains in the town of Bafoussam in the western highlands, Cameroon October 30, 2019. Photograph:( Reuters )

Rescue teams spent the day scouring the rubble of destroyed houses in the town of Bafoussam in the western highlands. Among the bodies recovered were those of 26 children, Cameroon Radio Television (CRTV) reported.

The search will resume on Wednesday for additional bodies believed to remain under the rubble, CRTV reported.

"Around 10 p.m. I heard a noise," said Albert Kenge, who survived the landslide. "I saw a big cloud of dust and when it dissipated, I saw that the mountain had collapsed."