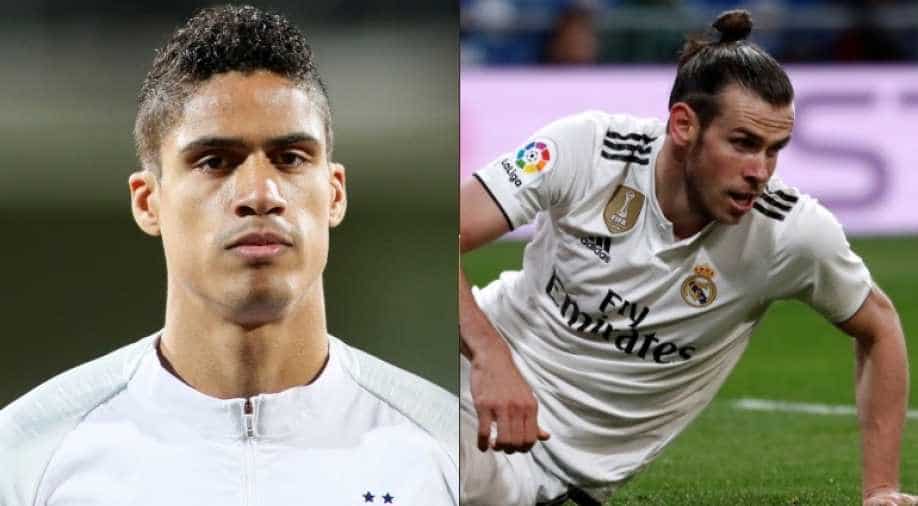 Real Madrid coach Zinedine Zidane said on Tuesday he cannot envisage his side parting with France defender Raphael Varane but he could not give any guarantees about the future of winger Gareth Bale.

Speaking at a news conference ahead of Real's La Liga visit to Valencia on Wednesday, Zidane dismissed reports about Varane's supposed departure.

"I cannot imagine a future without Varane and I don't want to. He's a young player, he has been here for eight years and he is doing very well," Zidane said.

"I'm not going to comment on what is being said outside. The important thing is what the player tells me and for now he's at the best club in the world, he's won a lot of things and I think he is in a good place."

The future of Bale, the club's record signing, is more uncertain as he was again subjected to boos from Real's own supporters during Sunday's 3-2 win over Huesca, in which he missed an opportunity to score from close range.

Zidane admitted the supporters were not helping the Welshman but he refused to clarify if Bale would remain at the club next season.

"I don't know how it affects him but booing a player is never good, they also booed me but you have to accept it and every player who is here has the character to deal with it," Zidane said.

"We'll decide the future of Gareth and other players at the end of the season, we've got nine games left and then we'll see. I can confirm that we will have to make changes next season but now is not the time to talk about it."

Madrid are third in the La Liga standings with nine games left of the campaign, 12 points adrift of runaway leaders Barcelona. They are already out of the Champions League and Copa del Rey.