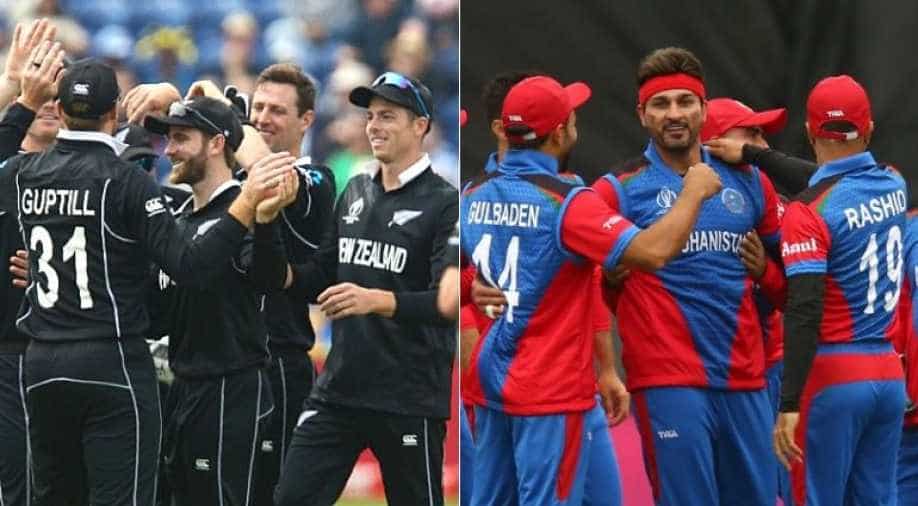 New Zealand have a 100 per cent record after thrashing Sri Lanka and then beating Bangladesh in their opening two matches.

"We're going to have a bowl. It looks like a fresh wicket, it's a bit cloudy overhead so we hope we can get in a bit early on," Williamson said.

"In a tournament sport you get in a flow, it's nice to have a couple of wins under our belt but we'll have to adapt today.

"We got across the line last time out and we will look to build on that. Everyone is fit, we are unchanged."

Afghanistan have started the tournament with two successive defeats against holders Australia and Sri Lanka.

With wicketkeeper-batsman Mohammad Shahzad ruled out for the rest of the World Cup due to a knee injury, Ikram Alikhil came into the Afghanistan team.

Afghanistan captain Gulbadin Naib said he was happy to be put in to bat.

"I wanted to bat first. It looks a good wicket. I don't think it will change much over the course of the day," said Naib, who also brought in Noor Ali Zadran and Aftab Alam for Dawlat Zadran and Mujeeb Ur Rahman.

"We just need to play positive cricket and have more of the good moments we've done so far."