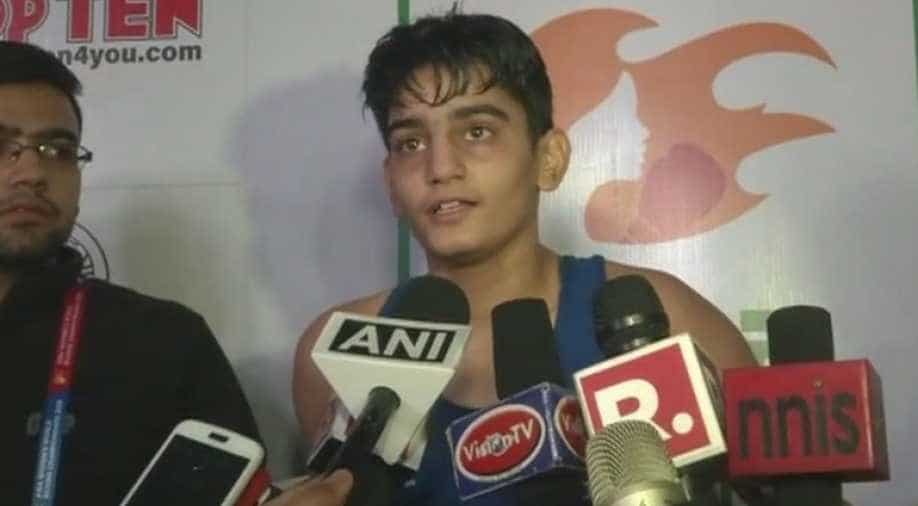 Meanwhile, Simranjit Kaur had to settle for a bronze after losing the semifinal bout to China's Dan Dou.

Meanwhile, Simranjit Kaur had to settle for a bronze after losing the semifinal bout.

The 21-year-old Sonia, who began competing at the senior level only since 2016, registered a unanimous 5-0 win over her more fancied North Korean opponent to reach the final in her debut World Championships.

Simranjit lost to Chinese Dan Dou, a silver medallist in the Asian Championships last year, on a split 4-1 decision in the 64kg semifinals.

The 23-year-old Simranjit was also participating in her first World Championships.

Sonia now faces Wahner Ornella Gabriele of Germany in the final on Saturday.

I can’t believe I’ve progressed to the final, I’m really happy I did it at such a young age. The final match will be very tough but I’ll do my best in the ring: Sonia Chahal on her semi-final win (57 kg category) at the AIBA Women's World Boxing Championship pic.twitter.com/uLPXmeFbFC

Seeking a historic sixth gold, Mary Mom will take on Ukraine's Hanna Okhota in the 48kg summit bout on Saturday.