India vs South Africa: Will Virat's jinx of not performing on green pitches to continue? 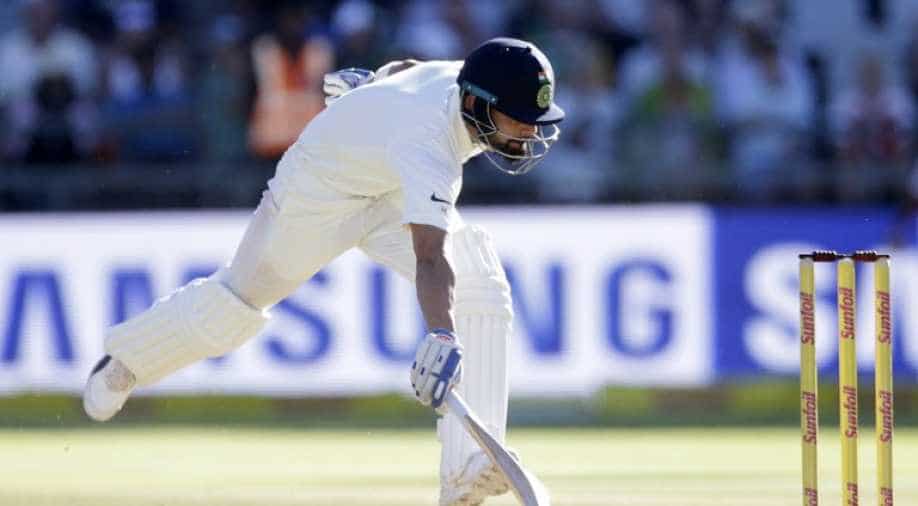 India started the day well with Bhuvneshwar Kumar wrecking the top batting order but finished it at a disappointing position after South Africa overcame the early losses and managed to put a total of 286 on the scorecard.

The match, where India was once seen at the driver's seat, soon shifted to the Proteas side when AB de Villiers and Faf du Plessis struck a partnership of 114 runs.

The score is 27/3 in the ninth over by the way with SA ahead by 259. Long way to go for India #ProteaFire #SAvIND #SunfoilTest pic.twitter.com/OYeYma3014

Even after their dismissal, VD Philander, Q de Kock and KA Maharaj made a good contribution with their bats.

Then the South African pacers struck.

The ferocious bowlers too trashed the Indian top batting order in reply by taking three quick wickets and made the Indian team crawl at 28 for three at end of the day.

The biggest and most crucial wicket of skipper Virat Kohli was taken by Morne Morkel. He edged to wicketkeeper Quinton de Kock after making just five runs.

A lot was expected from the skipper but he failed to produce results in the 1st innings of the first Test match.

This is another soft dismissal which has hit Indian team hard. Kohli fell into the same trap of Morne Morkel.

Yesterday was the third time when Morkel had seen Kohli off. Around 63.6 per cent of dismissals of Virat against South Africa is caught behind as he fails to judge the swing of the ball.

Combination of pace and swing often stuns Kohli and the bowlers deceive him by bowling far away from the wickets.

This has caused him out many times in the hands of men standing at slip position.

Kohli's tendency is to play mostly in the 'V' area. But the problem comes when a ball is just short of a good length (outside off) on a sharp bouncy pitch, likewise, the pitch of Newlands.

India's tour of England in 2014, is an example when in 6 out of 10 test innings he was caught out exactly the same way.

With an average of 44.38, Kohli's performance is comparatively poor in away series than performances in home series.

The stats reflect that Kohli is much comfortable playing in India, but in the foreign lands, his performance is affected due to adverse conditions and pitch behaviour.

Despite having a wonderful overseas record in limited overs, Kohli fails to score centuries on the green pitches in Test cricket.

For Example India's tour of Australia in 2014-2015, Kohli scored 4 centuries in 3 different cricket grounds but not in Brisbane, because it was the only green wicket in that series similar to the Cape Town's pitch.

Not to forget Tendulkar's innings in 1992 on the tour of England when every Indian batsman was struggling to score, Sachin at such young age scored two brilliant century.

Talking about the current series, Indian side needs to revamp their strategy to tackle South African.