What Tania Sachdev discovered about Vladimir Kramnik on The Mind Behind 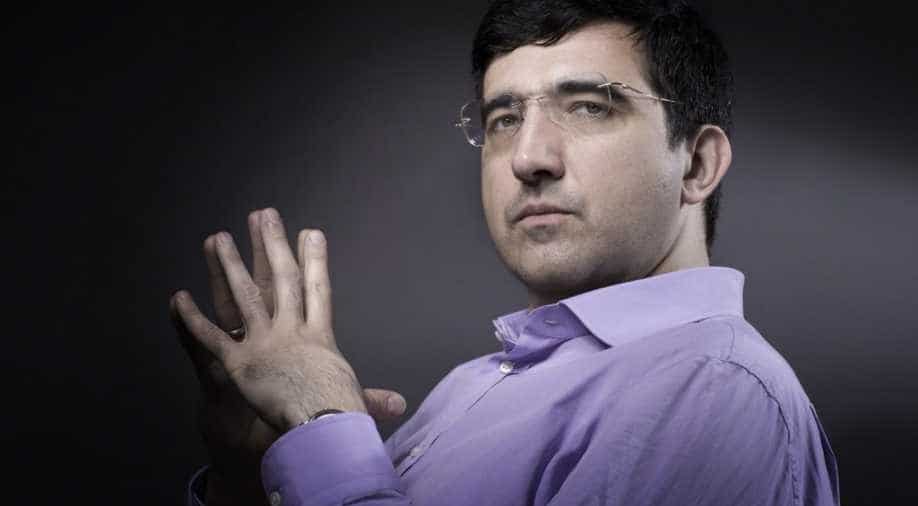 What Tania Sachdev discovered about Vladimir Kramnik on The Mind Behind Photograph:( AFP )

Vladimir Kramnik, the retired Russian Grandmaster appeared on an exclusive interview for the Mind Behind series with the Tania Sachdev, Indian Woman Grandmaster asking the questions

Vladimir Kramnik has been one of the greatest chess players in the world. Having achieved the Grandmaster norms in 1992, he became the youngest world number one in January 1996 and held the record for 14 years until Magnus Carlsen took the spot in January 2010.

Kramnik was also hailed for helping unify the chess world when he faced Veselin Topalov in the World Chess Championship 2006. He defeated Topalov to become the undisputed World Champion.

After announcing his professional retirement in January 2019, he shifted his focus to development projects particularly related to chess education for children.

International Master and Woman Grandmaster Tania Sachdev recently got Kramnik into an exclusive chat to ask him about his career and his mental approach to the game for an episode of the Mind Behind series. The Mind Behind is a cross-discipline series about the lives and careers of professionals across multiple streams. The series developed by Red Bull Media House features actors, chefs, comedians, dancers, filmmakers, musicians, sports personalities and many others, as part of exclusive one-on-one interviews.

Read on to know some interesting points revealed by Kramnik during the interview with Red Bull Athlete Tania Sachdev.

Retired Grandmaster and World Chess Champion Vladimir Kramnik speaks with International Master @taniasachdev on the latest episode of The Mind Behind. Kramnik discusses his career, mental approach to the game, his match-ups with chess great Garry Kasparov, and more. #TheMindBehind #Chess #RedBullIndia

Vladimir Kramnik beat chess legend Garry Kasparov in 2000 to become the Classical World Champion. In 2006, he beat Veselin Topalov to become the undisputed World Champion. He boasts three gold medals and three individual medals at Chess Olympiads. He is also tied-eight with Viswanathan Anand for all-time best chess ratings at 2817. Yet, when he looks back at his successful career, he thinks it was better than he expected because he did not think he had the talent to be the best. Kramnik says that he would have been happy being an average Grandmaster and that his world champion achievement was beyond expectations.

Never be afraid of your opponent. Strong players can sense the fear

While he says playing a chess great like Garry Kasparov – who was considered unbeatable in his prime – was an interesting challenge, Kramnik says that he was never afraid of going up against the best. He attributes this to his personality and a logically-strong mind. Kramnik says he doesn’t think like a sportsperson, so he doesn’t fear his opponent because it makes no sense to him intellectually, and this gave him a psychological edge over Kasparov. While Kramnik says he always respects his opponents, he says if he were to face world champion Magnus Carlsen today, he would not be afraid and give it his best. 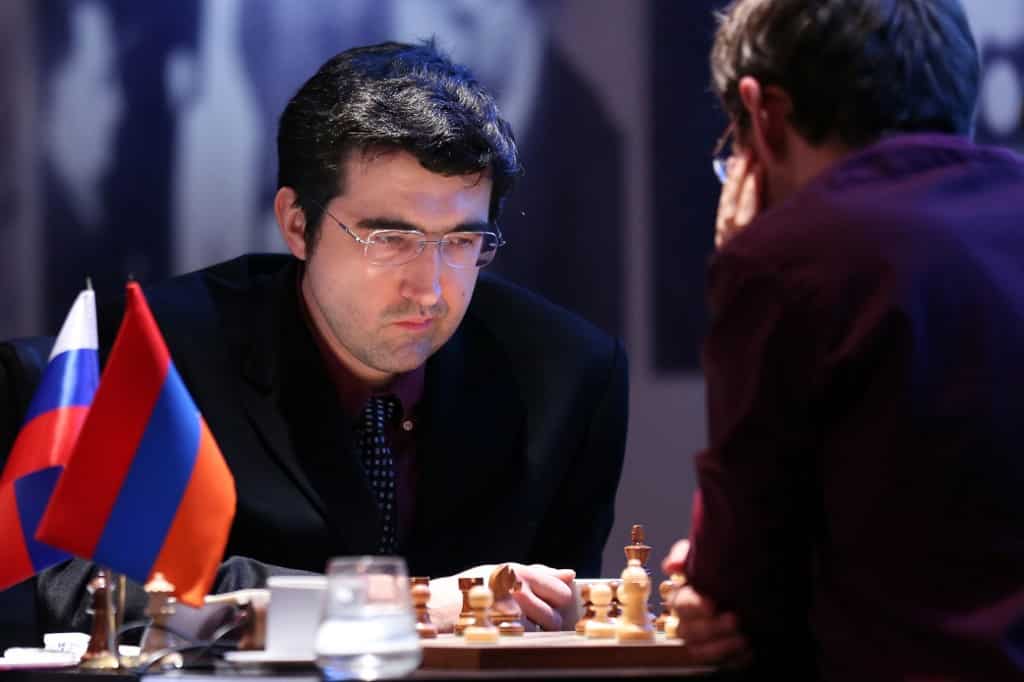 When Kramnik was five years old, his father introduced him to chess. Seeing his interest in the game, his father gifted him a book on Anatoly Karpov’s best games. Kramnik studied this book day-and-night for a whole year, which became the foundation of his chess knowledge. He attributes his positional style of play to these learnings from Karpov’s book. Later, he studied in a chess school established by Mikhail Botvinnik, where he polished up his chess skills and went on to have a successful career.

A predictable style of play can make one a target

Kramnik faced Kasparov for the world championship in a best-of-16- match. Kramnik won the match with two wins, 13 draws and no losses – inflicting Kasparov’s first-ever world championship defeat. While Kasparov is often considered one of the greatest players of all time, Kramnik has been following his style of play since childhood and says he was able to predict everything that Kasparov would do in their match. Kramnik says that while most believe and see Kasparov’s style as experimental, for Kramnik it was predictable. Kramnik knew the choices that Kasparov would make over the board, the openings, and the positions he would aim for. Kramnik says Kasparov strictly follows patterns of play and that made him easy to read during their championship match.

While Kramnik has been part of some interesting world championship matches against the likes of Garry Kasparov, Peter Leko, Veselin Topalov and Viswanathan Anand, he most enjoyed watching Kasparov versus Anatoly Karpov in 1984. Kramnik was 12 years old when this match was started and intently studying to become a professional chess player. The world championship match started in 1984 as a first-to-six-wins format but was abandoned without result. It was restarted as a best-of-24 match in 1985, and eventually won by Kasparov. Kramnik says he remembers the first match of 1984 as his favourite because he travelled to Moscow to watch it in the Hall of Columns – the first time he travelled out of his region – and was very impressed by the grandeur of the occasion. It steeled his resolve to become a professional chess player.