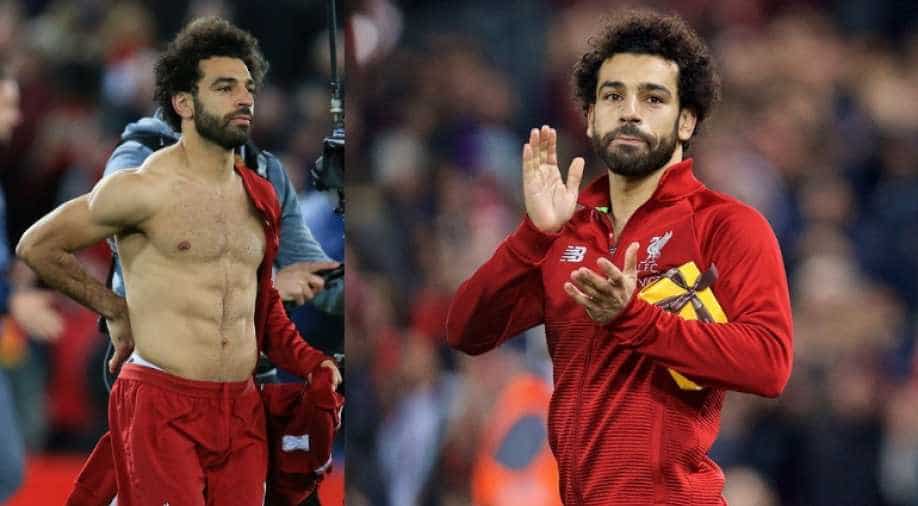 Salah gave away a brand new jersey to his fan. In return, he received a lovely box of chocolate.

With the win, the Reds got their last-16 hopes back on track as their attacking trio - Mohamed Salah, Roberto Firmino and Sadio Mane - was in action and made the difference in the 4-0 win at Anfield.

Salah made it 50 goals for the club while Roberto Firmino and Sadio Mane also both hit the target.

The 26-year-old Salah celebrated his 50th goal for the club in a heartwarming gesture by giving away a brand new jersey to his fan. In return, he received a lovely box of chocolate.

He became the fastest player in Liverpool to score 50 goals in just 65 matches.

"When the game calmed down we played football and created chances - it was a really good game and I enjoyed it a lot," said Liverpool's boss Juergen Klopp.

"It was a good football game and a deserved win."