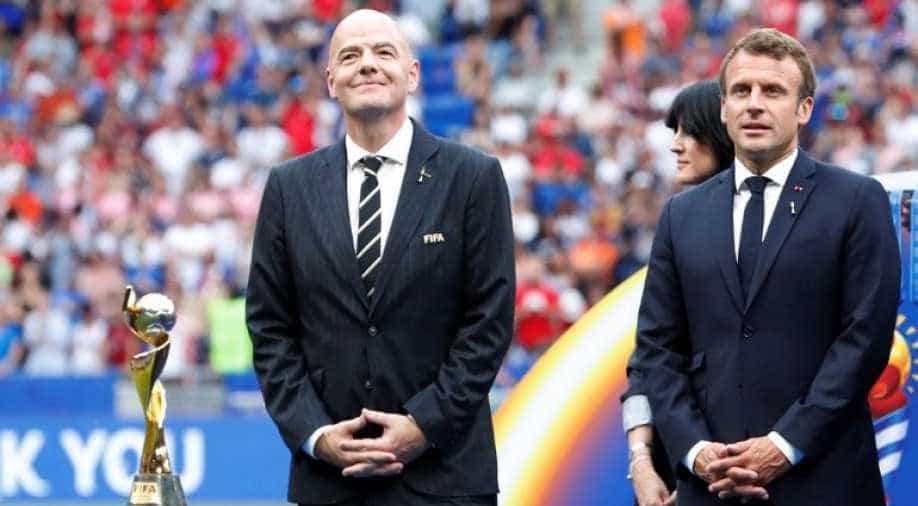 The crowd at the women's World Cup final booed FIFA chief Gianni Infantino and French president Emmanuel Macron as United States fans demanded equal pay for the players after their team claimed a fourth global title by beating the Netherlands 2-0 on Sunday.

Macron and Infantino, the head of soccer's world governing body, were turned on by the supporters as they approached the ceremony podium -- a sharp contrast with the hero-like reception given to player of the match Megan Rapinoe by the 57,900 crowd.

Despite a recent rebound, Macron's popularity was last at 38 per cent in an Ifop poll, up 15 points since a low in December at the peak of the anti-government yellow-vest crisis.

US captain Rapinoe, the leading voice for equal pay in a sport where the men are far better paid than the women, scored the opening goal with a VAR-awarded penalty in the 61st minute at the sold-out Groupama Stadium.

Rose Lavelle rounded off the victory eight minutes later as the Americans added to their 1991, 1999 and 2015 world titles.

After the game Rapinoe told reporters, "I think everyone is ready for this conversation and move to the next step. I think we're done with, 'Are we worth it? Should we have equal pay?'."

Earlier this year, members of the US squad were named as plaintiffs in a lawsuit against the national soccer federation alleging gender discrimination.

It was filed in federal court last month and says the women are not paid the same as their male counterparts.

On Saturday, Rapinoe launched a scathing attack on FIFA, saying the organisation did not respect the women's game.

Rapinoe said FIFA’s decision to allow the men's Copa America final and Gold Cup showpiece to take place on the same day as the women’s final was “unbelievable”.

Rapinoe shook Infantino and Macron's hands as she received her medal.

"It’s unbelievable to know all the people who put in so much in this group," she said.

"We have all our families and friends here. It’s surreal. I don’t know how to feel right now. It’s ridiculous."