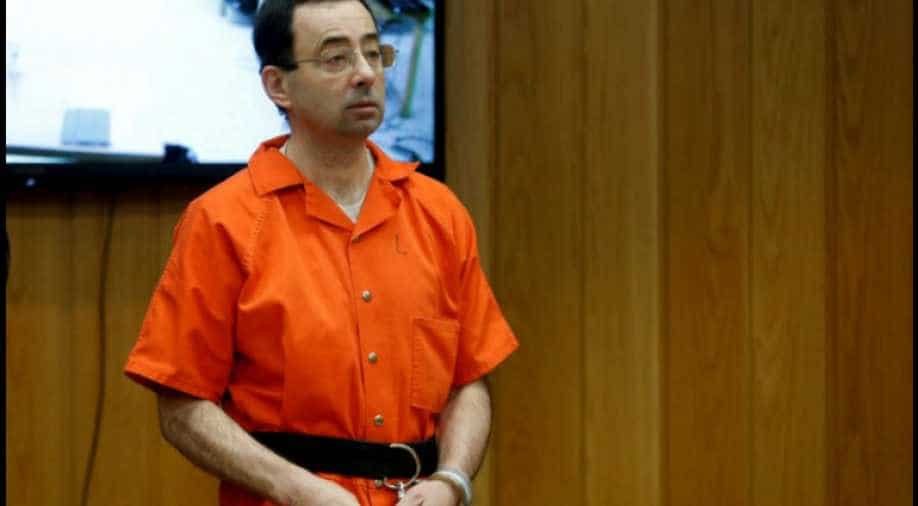 Nassar was sentenced to up to 300 years in prison in two different trials last winter after more than 350 women testified about abuse at his hands.

A former head of the US Olympic Committee made "materially false statements" to a US Senate subcommittee investigating sexual abuse in gymnastics, the panel said on Friday, and it said it would refer the matter to the FBI.

In a joint statement, Republican Senator Jerry Moran, chairman of the Senate subcommittee on commerce, and Senator Richard Blumenthal, its Democratic ranking member, said they made the referral detailing potential violations of the law against Olympic Committee CEO Scott Blackmun.

Blackmun did not respond to a request for comment.

The move comes after a report released on Monday said the United States Olympics Committee (USOC) failed to protect athletes from the threat of sexual abuse, with some executives taking no actions following allegations of sexual abuse against Larry Nassar, a team doctor for USA Gymnastics.

Nassar was sentenced to up to 300 years in prison in two different trials last winter after more than 350 women testified about abuse at his hands. The witnesses included Olympic champions Aly Raisman and Jordyn Wieber.

"It appears Mr. Blackmun has made false claims and misled our subcommittee – harming the investigation and our ability to develop policy," Moran and Blumenthal said in the statement.

"Survivors of abuse have had to wait longer for the truth and longer for systemic changes to help prevent others from similar injury."

In a June 5 statement to the subcommittee, which oversees the USOC, Blackmun wrote that when he heard of allegations against Nassar through a July 2015 phone call from then-USA Gymnastics CEO Steve Penny, he spoke to the USOC’s "SafeSport staff," the statement said. SafeSport oversees abuse claims in Olympic sports.

But the Monday report by law firm Ropes & Gray found that after hearing about the allegations against Nassar, Blackmun did not inform anyone else at the USOC of the allegations.

The report said dozens of girls and young women were abused during the yearlong period between the allegations surfacing in mid-2015 and September 2016 when the Nassar story broke. Nassar was arrested two months later.